Family could be forced to quit UK for lifesaving medical cannabis 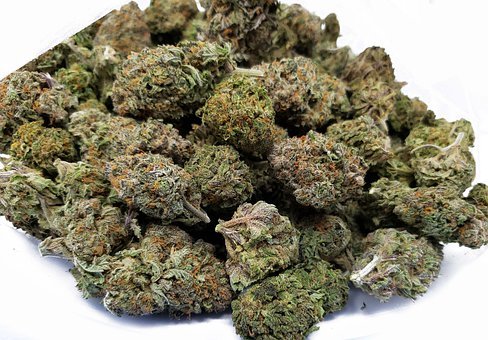 Family could be forced to quit UK for lifesaving medical cannabis

A Family could be forced to quit the UK for lifesaving medical cannabis as red tape prevents non-specialist GPs from prescribing, despite the fact she has already been given the go-ahead to take it.

Before Jorja Emerson started taking medical cannabis, she suffered 30 epileptic seizures a day. Her illness was so severe that she couldn’t even lift her head off a pillow. She would present with the usual epileptic symptoms of eyes rolling to the back of her head. She suffered from hypoxia which meant her little body would turn blue.

She became such a regular patient at the emergency department that the staff would say ‘here comes Jorja’, and her parents felt like they were forever dialling 999.

Things became severe when in July 2017 after a particularly bad seizure; she was taken to intensive care and put on life support. The Belfast doctors Jorja’s parents she was going to die.

They said her brain was decaying, but her dad Robin Emerson never gave up hope that something could be done to save her.

Today, Jorja does not look like the same child. She is a thriving 5-year-old thanks to becoming one of the first children in the UK to be prescribed medical cannabis in 2018.

Furthermore,  Jorja now has the capability to understand what’s going on around her. Her seizures have almost stopped. If she does have one, they last for just a few seconds. The most relieving part of medical cannabis is that since taking it, she has not had the need to visit accident and emergency since she started taking it.

They are calling for Health Secretary Sajid Javid to step in and change the rules, but with about a week’s supply left, they may be forced to leave the country instead.

“We’re out of options. We’re talking about all sorts of things we may have to do as a family, which could include going to Canada,” Robin told Metro.co.uk.

Jorja, from Dundonald, County Down, has a rare chromosome dilation called 1q43q44 , which causes a number of disabilities including seizures.

She’s the only child in Northern Ireland who has it, so her mum and dad turned to online groups for support from other affected families across the world.

During that difficult summer of 2017, they went to the Boston Children’s Hospital for a second opinion and were told her brain wasn’t decaying. But they did tell her parents some devastating news. Jorja’s brain was suffering serious damage each time she had a seizure and that she’d die if they weren’t brought under control.

Speaking to parents and doctors in the US, Canada, and Australia let them see how much of a difference medical cannabis was making to the lives of children with Jorja’s condition.

At this point, it was still illegal in the UK, as the cannabis oil proving most effective in epileptic patients contains a small amount of THC, the main psychoactive ingredient of cannabis, But compared to the cannabis people smoke recreationally the level is minimal, meaning the children who take the medicine don’t get high.

“we knew it was a race against time. I knew the next time Jorja was in intensive care she wasn’t coming home,” he says.

“She was still continuing to have 30 plus seizures at this stage every single day, and any one of those seizures could kill her.”

“Things just expedited around November 2018 and the government knew they couldn’t take any more pressure and they changed the law.”

“We thought at that stage, that was it, this war’s been won, we can now move forward. Little did I realise at that time that getting a prescription was the next massive hurdle.”

Doctors in the UK are still very reluctant to prescribe medical cannabis, suggesting more research is needed before they can advise medical cannabis prescriptions. This is the position taken by National Institute for Health and Care Excellence (NICE), which publishes guidelines for medicines in the UK.

Robin says he’s spoken to other doctors and they are willing to prescribe but say their hands are tied by red tape.

Canadian company Aphria offered to pay for her medicine in 2019 – but under the premise that the NHS would soon get its act together.

“Three years down the line they’ve been clear with me, saying they can’t continue for much longer,” says Robin.

“There are other parents I know who have sold their homes to keep their children alive and we shouldn’t be at that stage in the UK. If something’s available privately it should also be available on the NHS.”

“‘What we’re asking Sajid Javid to do is an easy thing – well within his grasp – and that’s just to change this very slightly and clarify that GPs are allowed to prescribe medical cannabis in lie with other medications and allow doctors to make these decisions – not bureaucrats or MPs.”

A NICE spokesperson told Metro.co.uk “The guideline committee recognised that there is currently very little good quality evidence regarding the use of cannabis-based medicinal products for treating severe epilepsy. The committee, therefore, made recommendations for further research in this area”