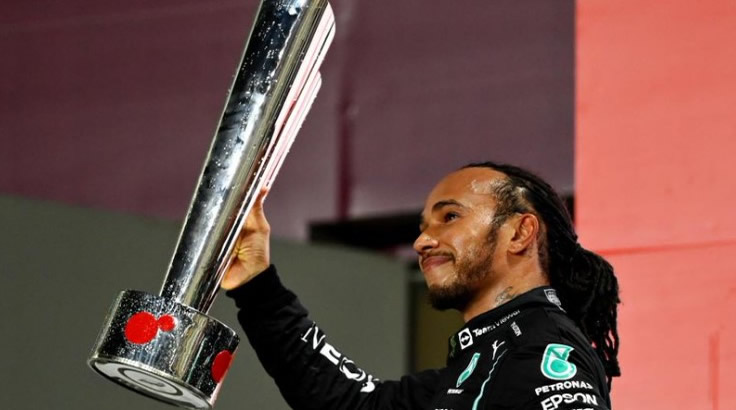 Lewis Hamilton narrowed the deficit at the top of the F1 driver’s championship to just eight points with a faultless drive this afternoon, Sunday, November 21, in the Qatar Grand Prix. His main rival Max Verstappen finished second to maintain the tense situation as the drivers head into the final two races of the season.

The Dutchman had been landed with a five-place grid penalty before the start for ignoring yellow safety flags during yesterday’s Q3 session. That placed him seventh on the grid, but within five laps he had already battled his Red Bull up into second position, just 3.7 seconds behind race leader Hamilton.

By the time Verstappen pitted, the Brit had extended his lead to 8.2 seconds. Hamilton pitted on the next lap, keeping the two drivers evenly balanced. The same scenario followed with their second stops on laps 41 and 42, by which time, the result looked safe for Hamilton. One consolation was the extra point that Verstappen claimed for the fastest lap.

Fernando Alonso, at 40, the oldest driver on the circuit, stormed his Alpine to a brilliant third place, and a spot on the podium for the first time since Hungary 2014. He had the other Red Bull of Sergio Perez hot on his tail, but managed to hold him off thanks to the additional help of the virtual safety car late in the race.

The Mexican had been involved in a battle with the Mercedes of Valtteri Bottas earlier on, but a puncture to his front tyre midway through the race ended the Finns challenge.

With Saudi Arabia, and then finally, Abu Dhabi coming up in December, this is a nail-biting climax to this season’s F1 championship.