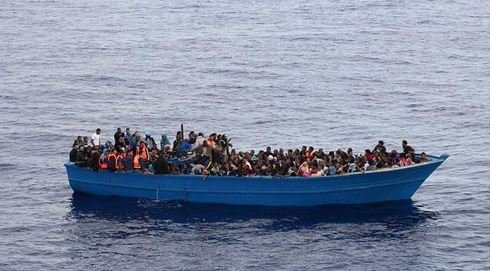 Charities are claiming that there is a Home Office coverup regarding its own research into why refugees and asylum seekers come to the UK because they “know their arguments don’t stand up.”

Government officials are refusing access to its evidence on whether the so-called ‘pull factors’ play a part in why asylum seekers choose to travel to the UK. The phrase has gained traction in the last week, as deputy prime minister Dominic Raab talked about “reducing the pull factor” while defending the controversial plans for offshore asylum processing centres in Albania.

Home Office minister Chris Philp has claimed that the UK accepting refugees that have already travelled through Europe “creates a pull factor where migrants are incentivised to undertake dangerous and illegal journeys.”

However, when the Home Office was asked to support its claims with evidence, it refused to divulge anything. According to a Freedom Of Information response dated 28 October, the material requested could not be released as it was “likely to inhibit the free and frank provision of advice and the free and frank exchange of views for the purposes of deliberation.”

Sophie McCann, advocacy officer at Medecins Sans Frontieres (MSF) has said: “Ministers are covering up evidence that is central to their case for the need to target refugees and asylum seekers with inhumane ‘deterrence’ measures. Ministers are refusing to release the evidence they hold on whether or not such a pull factor even exists.”

She added: “ The reality is that ‘pull factors’ are a myth – people who are fleeing persecution or conflict don’t need any further incentive to look for safety. It is hard to see why the government would refuse to share evidence that supports its plans – the only conclusion to draw is that they know their arguments don’t stand up.”

The Home Office’s own previous research seems to undermine the recent statements used to back up harsher policies. It says: “They [asylum seekers] are guided more by agents, the presence or absence of family and friends, language, and perceived cultural affinities than by scrutiny of asylum policies or rational evaluation of the welfare benefits on offer.”

The scrutiny of the Home Office coverup follows on from a Refugee Council report last week that showed Home Secretary Priti Patel was guilty of making misleading statements about asylum seekers. Nearly two-thirds of people who cross the channel are genuine asylum seekers who come from countries where human rights transgressions are common. This contradicts claims by Patel that 70% of small boat arrivals are ‘not genuine asylum seekers’ and are ‘economic migrants’.