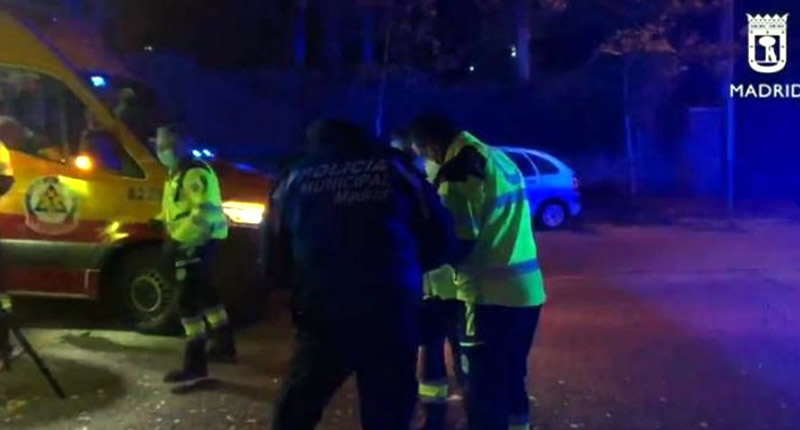 Municipal police officers in Madrid have located the car involved in the fatal accident that occurred at around daybreak in the capital this Saturday, November 20. A 20-year-old girl died as a result of the incident, while the driver fled the scene of the accident.

As reported by sources from Madrid City Council’s police department, the car was located at around 4:30pm. They paid thanks to citizen collaboration for the identification of the driver, who is now in police custody after being detained in the Madrid district of Puente de Vallecas.

A request from the Municipal Police was placed in social networks, to find a black car with a fractured windscreen, and considerable damage to the front. They described it as similar in size and shape to a Citroen C2. A resident who read the message called the police after spotting a vehicle matching the description. Its owner was not at home but was located and arrested shortly after.

According to Inmaculada Sanz, who is in charge of the investigation by the security forces, the investigation is still underway. Their task now, 15 hours after the incident took place, is to determine the circumstances surrounding it, to know if the driver was under the influence of alcohol or drugs.

The hit and run occurred at around 2am on Paseo Juan XXIII, in the Moncloa-Aravaca district. After hitting the girl, the driver immediately fled in his damaged vehicle. A doorman from a nearby club was the first to attend to the victim, calling the 112 emergency services.

Doctors from 112 gave him instructions over the phone to begin resuscitation manoeuvres while a medical unit was deployed. Upon arrival, the Samur medics found that the young woman, polytraumatized, had entered cardiorespiratory arrest. They continued to attempt resuscitation for about 30 minutes but were sadly unable to revive her, as reported by 20minutos.es.