Jeffrey Epstein and Ghislaine Maxwell were blessed by the Pope 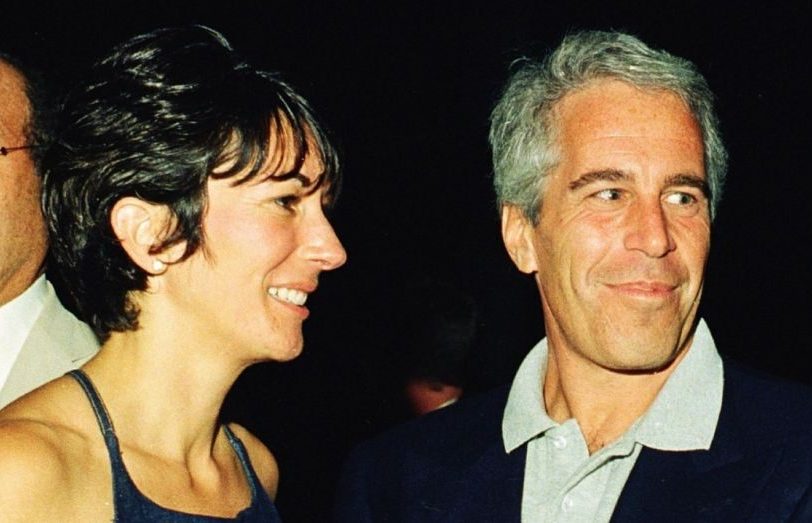 Jeffrey Epstein and Ghislaine Maxwell were blessed by the Pope. image: Twitter

Jeffrey Epstein and Ghislaine Maxwell were blessed by the Pope

A photograph revealed by the Sun On Sunday shows Jeffrey Epstein and Ghislaine Maxwell kneeling in front of the seated Pope, and being blessed. They are pictured at the Vatican almost 20 years ago, in the company of John Paul II, holding a private audience.

As they both smile broadly, and stare up into the pontiff’s eyes, the two are seen holding hands. Pope John Paul’s hand is raised towards them, the same gesticulation made when blessing somebody.

It is believed that Epstein – the disgraced billionaire paedophile – and Maxwell, flew on his ‘Lolita Express’ jet to Rome, in 2003. US Federal prosecutors believe this is the exact same aircraft that the financier flew his young sex trafficking victims in.

Flight log records seen by the paper show that the jet made a trip to Rome on May 20, 2013, from Madrid in Spain. Also logged on board were Maxwell, along with Jean-Luc Brunel, and Pete Rathgeb, who was the pilot. There were two additional passengers simply listed as ‘AM’, and ‘JK’.

While there is no suggestion that Rathgeb played any part in Epstein’s disgusting activities, 75-year-old French model scout, Brunel, was charged with the rape and sexual assault of underage children last year. Flight logs place Epstein in New York on May 12, and again on May 21, but there is no actual log record of him arriving in Rome.

“Pictures like this show just how powerful Epstein’s connections were, and his ability to open almost any door”, a source told the Sun on Sunday. Before adding, “He managed to manipulate his way into royal palaces, the White House, and the Vatican, all with Maxwell by his side”.

Maxwell – the 58-year-old daughter of Robert Maxwell, the disgraced British media and publishing tycoon – is due to stand trial in New York later this month. She is accused of helping Epstein acquire young girls, and of also taking part in their alleged abuse, charges she has denied from the beginning.