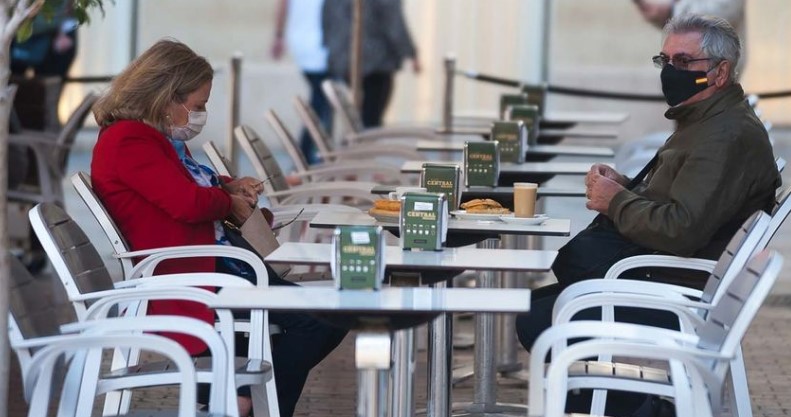 Spain’s Ministry of Health and representatives of the communities have agreed this Tuesday, November 23, that more permissive measures must be taken regarding tackling Covid contagions throughout Spain.

In the first draft that the Alerts and Preparation and Response Plans prepared last week, a recommendation to the communities that were at the medium risk level. It was suggested to decree the closure of the hotel industry at 11pm, and nightlife at 1am. This would have been for those communities with an incidence of between 100 and 300, but with a worse hospital situation than the current one.

Ultimately, tday it has been agreed that it will not be like that, and these measures do not appear in the agreement in the Public Health Commission. Llimiting the hours of hotels and nightlife has been definitively discarded.

At a press conference today, the Minister of Health, Carolina Darius explained, “The traffic light document has only been approved by modifying the risk meters, but not the measures”.

This means that all current measures affecting the hospitality sector will remain the same. Instead of establishing more early closings, today’s agreement insists on vaccination, good ventilation, and the use of a mask and social distance as a way to avoid infections. The approved document means that levels of contagion will now first be taken into account before any measures are recommended.

Health is of the belief that vaccination is preventing the majority of infections from translating into serious cases or deaths. As a result, from now on, the cumulative incidence (AI) rises in each of the four risk levels. At the very lowest level, what was originally called the “new normal”, is now called “controlled circulation”.

There will also be the AI ​​at 7 days, which also rises, as does the rate of infections of those over 65 years of age. This is not the case of the percentage of diagnoses that give a positive result, which remains as it was. To date, with a positivity of 5.35 per cent, Spain is at the low-risk level in this category, as reported by 20minutos.es.