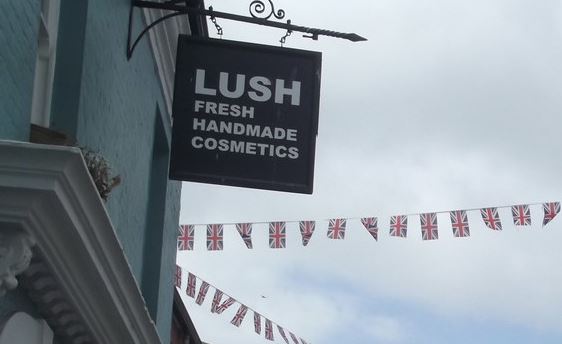 The testimony of Facebook whistleblower Frances Haugen has encouraged the UK based beauty brand Lush to quit social media over safety concerns. The accounts the company holds on Facebook, Instagram, Snapchat and Tik Tok will be closed until the social media sites do more to protect people from harmful content.

The retailer said it had “had enough” once Haugen went public with her allegations that Facebook put profits ahead of the public good. The Lush chief digital officer, Jack Constantine, said the company would not ask customers to “meet us down a dark and dangerous alleyway”, adding that some social media platforms were “beginning to feel like places no one should be encouraged to go … Something has to change.”

Lush as a company spend their time making products to help people engage in self-care and to relax, he added, and that seems to be the opposite of what social media platforms have become in his eyes. Their algorithms are designed to “keep people scrolling and stop them from switching off and relaxing.”

Lush is a brand well known for campaigning for causes that mesh with their social goals. The Poole-based firm pays all their employees the real living wage for the UK and have run notorious adverts highlighting everything from the extinction of certain animals to the targeting of activists by undercover police officers.

There have been other attempts by Lush to quit social media before. In 2019 they left their accounts only to be tempted back FOMO (fear of missing out). This time, however, “When it gets to a point that our customers’ wellbeing is being put in jeopardy because of the channels on which we are trying to connect with them, then something doesn’t sit right for us,” Constantine said when speaking to The Guardian.

Some critics have said that by switching off their social media channels the company is also cutting off a way for people to hold them accountable for their mistakes. One example of this is when there was a backlash online last year after the retailer’s charity pot campaign made a £3,000 donation to Woman’s Place UK, a group that has faced heavy criticism of its treatment of trans people. Lush listened to the comments posted and had to issue a grovelling apology.

Lush is looking for platforms to introduce strong best practice guidelines, and that the government follows suit with laws to protect users. Until then, the company said it was trying to “shield our customers from the harm and manipulation they may experience while trying to connect with us on social media”. All Lush’s brand, retail and people accounts around the world will close from Friday 26 November.