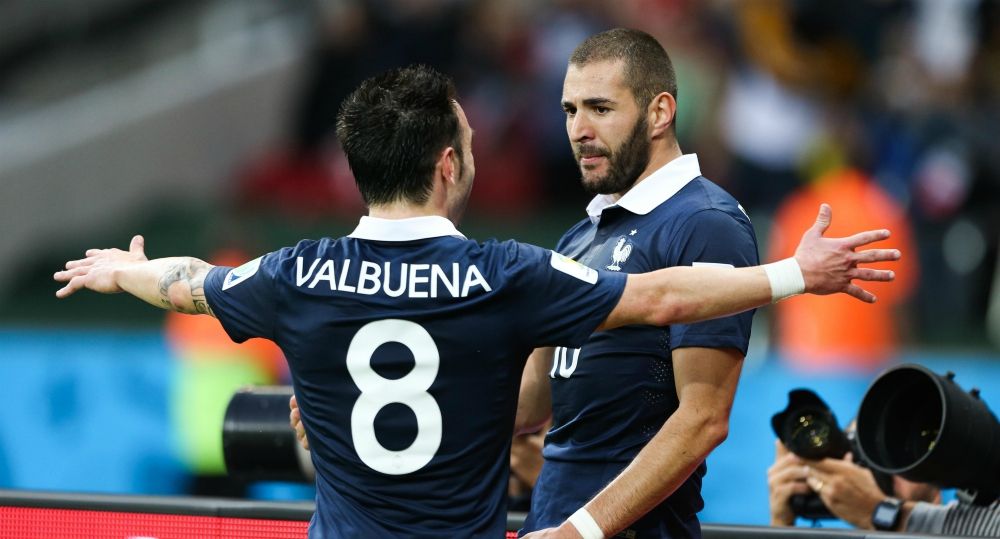 FRENCH footballer Karim Benzema has been found guilty of aiding and abetting in the attempted blackmail of Mathieu Valbuena. No financial reason was reproached but driven by his friendship with Karim Zenati. Benzema was handed a one year suspended sentence and a €75,000 euros fine.

After a trial at the end of last month for which the forward was absent, the prosecutor had called for a ten-month suspended sentence as well as a €75k fine. The maximum sentence the 33-year-old could have received was a five-year term in prison and €90k fine.

The court sat whilst the presiding judge read out a 74-page verdict in the Karim Benzema – Mathieu Valbuena sextape blackmail case. In it, the judge said that Benzema had lied to investigators about a meeting with Mustapha Zouaoui, however, he said the Real Madrid striker was not aware of all of the details of the attempted blackmail – but did take part in the scheme and used deceit to attempt to achieve the goal, encouraged by his co-conspirators.

French Football President Noël Le Graët has previously told Le Parisien that the outcome of the trial would have no bearing on Benzema’s availability for selection to the French national team for the coming months. As the striker is able to appeal the decision, for the time being, he will not be frozen out of the team, as he was for nearly six years as a result of the case.

“The appeal is necessary because Benzema has nothing to be ashamed of and he will be exonerated”, announces his lawyer Me Cormier on BFMTV.

“It was clearly stated by the court that Karim Benzema was not aware of the preliminary maneuvers. (…) We are quite stunned by this judgment. The appeal is necessary because Karim Benzema has nothing to do with it. reproach himself. He will be exonerated at the height of this appeal,” he concluded.

Penalties for other defendants

Zenati, a repeat offender, was sentenced to 15 months in prison, a sentence that will be amended, and a fine of 3,000 euros.

Houass was given an 18-month suspended prison sentence.

Angot was sentenced to two years in prison, a sentence that will be amended.

Zouaoui was handed the harshest sentence – receiving two and a half years in prison, a sentence that cannot be admended, and a fine of 3,000 euros.