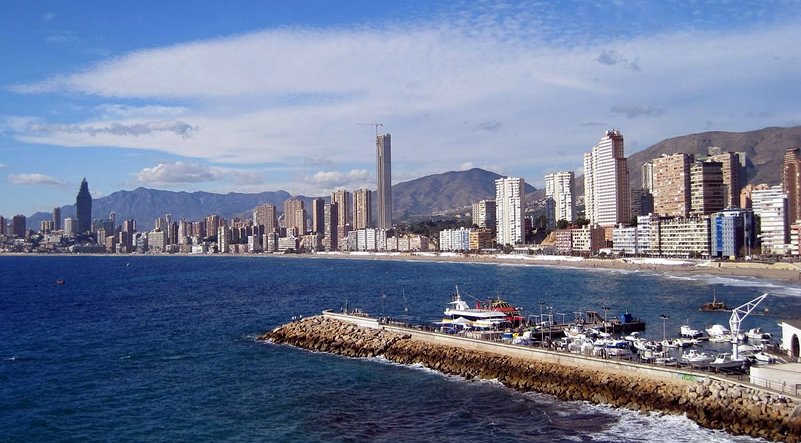 A slow, but constant recovery of the British market is allowing the Benidorm tourist industry to be able to minimize the damage that continues to be caused by the absence of visitors from the Imserso social holiday program.

Although the occupancy data continues to show a clear downward trend, the tourist capital of the Costa Blanca is, together with the Canary Islands, the only Spanish destination where the arrival of the British allows hoteliers – still with great caution – to look towards the next few weeks with a certain degree of optimism.

According to data provided by the Hosbec hotel association, the average occupancy of the city during the past week was close to 60 per cent. This, they stressed, is thanks to a large extent, to the fact that visitors from the United Kingdom now account for 47 per cent of the total market share, compared to 41 per cent of the national tourist.

This represents an increase of ten percentage points compared to the previous week, which included one of the most highly-anticipated events by visitors to the city – the famous Fancy Dress Party celebration.

Despite the good expectations generated by the main issuer of the Benidorm winter market, Hosbec recalls that the other great sustenance of the low season, the Imserso, still does not bring visitors. Specifically, the hotel employers association expected more than 6,000 Spanish tourists with Imserso, a loss which represents 20 per cent of the normal occupancy rate.

Hosbec also warns that “the number of hotels that each week schedule new closings is increasing, which confirms that winter is going to be hard and difficult”. Currently, Benidorm has 80 hotels open, which represents 73 per cent of the total associated accommodations.

This week’s forecast, from those responsible for Hosbec, hopes to reach a predicted figure of 45.6 per cent. If that occurs, then it would again mark a downward trend that has been dragging on since the second half of August, which has only fluctuated on specific dates.

Forecasts advanced for the next December holidays, and for Christmas, are optimistic at the moment, but, as they warn, “we are looking at the health situation in Europe, and the measures that the health authorities might make”, as reported by lasprovincias.es.