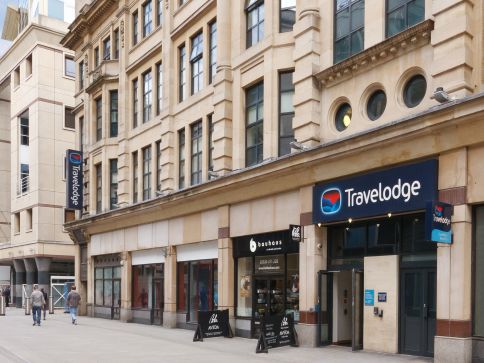 Criticism of a Cardiff and its management have been criticised by Travelodge guests horrified by stained mattress in their £100 a night hotel. The Wrexham couple, in town to watch the Wales Australia rugby internation,  found on checking in that their hotel room had a pungent smell.

Martin Rogers and his wife checked into hotel prior to the game only to find that there was a “funny, pungent smell” in the bedroom. On checking around they didn’t find anything obvious and so they left to go watch the game.

Martin and his wife arrived back to the hotel on a high following the nail biting game which was won by Wales. He said: “when we got back in late at night, I noticed the smell was still there. I had a look to see where the smell was coming from. I looked under the bed and then obviously couldn’t see anything.”

Continuing ths search he said “I just looked at the mattress on top of the bed and it had all white dust hairs and there was, what looked like, a dead bedbug on it. I took the sheets off the top and the stains were unbelievable. I could see the blue stains from where they tried to clean it.” For Martin and his wife it was clear that bodily fluids had stained the matress.

Martin Rogers, 62, who came down to Cardiff from Wrexham with his wife to watch the rugby game said “I honestly don’t know what it is and wouldn’t even like to say. There was all sorts of different colours there – it was absolutely disgusting. In the middle of a COVID pandemic, that should not be allowed.”

It was around ten in the evening when down to the reception to complain only to be told there were no other rooms available in that or any other Travelodge in the area. They apologised, gave us extra sheets to cover the bed and said they would take it up with the manager in the morning.

Martin says he spoke to the manager the next morning, who said he would and has given the couple a full refund. However there has been no compensation or apology from the hotel, which let out the room knowing about the stained mattress.

Martin who wanted to warn other potential guests about the Travelodge stained matress said “I wanted to point it out in case it’s happened to other people. They would have charged £250 to stay at the Saturday night – I’m glad we decided to only stay for the Friday night.”