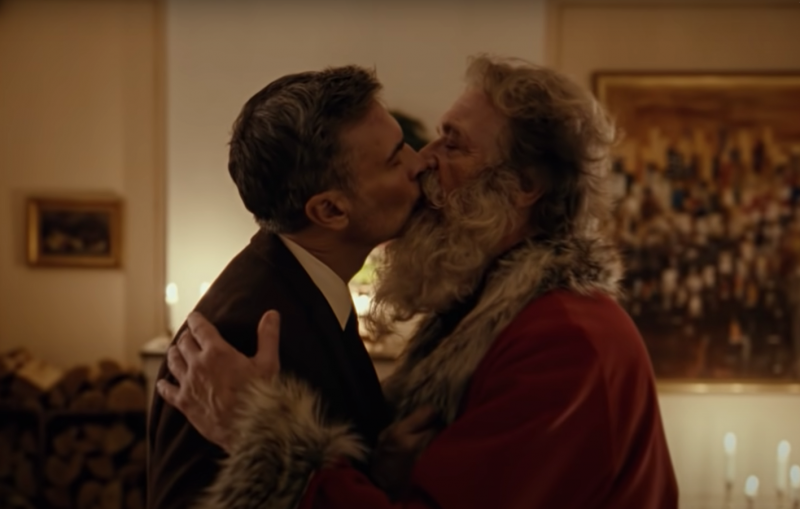 The Christmas ad marks 50 years since homosexuality was decriminalised in the country.

THE 2021 CHRISTMAS advert for the postal service in Norway features Santa in a gay-themed story titled: “When Harry Met Santa” – marking 50 years since homosexuality was decriminalised in the country.

The commercial for the Posten shows a relationship developing between the two men over a number of years and speaking to LGBTQ Nation via Pink News, Posten marketing director Monica Solberg said that the “Posten is an inclusive workplace with great diversity, and we would like to celebrate the 50th anniversary with this fine love story.”

“As always, the main goal of the campaign is to show that Norway Post never stops renewing itself. In addition to showing the flexibility of our services, we want to put it in a socially relevant setting, with themes that are important for the society around us and for us at Norway Post.

“There will certainly be some negative reactions from some environments, but we are prepared to deal with that. The right to love whoever you want is a fundamental human right, and is not considered a political issue in free democratic societies in 2021.

“Norway Post has connected people for 375 years, and will continue to do so regardless of orientation or gender identity.”

The four-minute clip, a play on the classic film When Harry Met Sally, depicts Santa falling for a man who looks forward to seeing him every year.

Santa watches Harry sleep, enjoys a beverage with him and jokes around with this man that he only sees annually. Harry, meanwhile, is heartbroken that he must wait so long to see the man he has fallen in love with.

However, at the end of the advert, Santa tells Harry, “Well, I arranged some help this year, so I can be with you,” and then the two kiss.

The viral video has been met with mixed opinions.

One user on Twitter said: “Why sexualise Santa, in any manner? Sickening.”

However, another wrote: “The Norwegian postal system has released their Christmas ad, it’s my favourite and well, my eyes have been leaking since I’ve watched it. I love you Norway.”

What do you think of the advert?