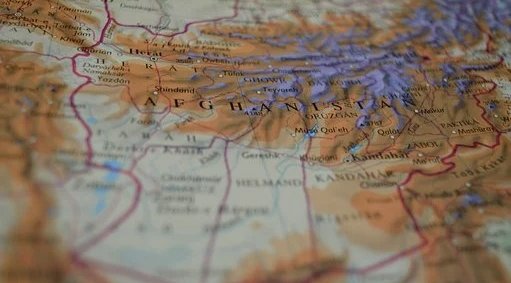 Brit dad ‘left to die’ in Afghanistan. The dad is in hiding with his wife and two children.

The family had expected to be evacuated from Afghanistan in August. They were all set to board an evacuation plane but they were turned away. The man’s children could be entitled to British citizenship.

Speaking to The Mirror the father commented on the government in the UK: “They don’t care about us. How can they do this to their own citizens?

“They are supposed to help their citizens, not leave them to their deaths.”

Commenting on the attack he said: “I was going to the pharmacy to get insulin because I am diabetic.

“On the way back from the pharmacy, a car stopped and three people came out.

“They grabbed my hand. They had weapons with them and their faces were covered.

“They had knives. They were kidnapping me. I don’t know who they were because I couldn’t recognise them.

“They had the same dress as the Taliban.

“It wasn’t a random attack. It was organised because I am British.”

The British citizen was originally born in Afghanistan but moved to the UK when he was in his teens. He chose to take on British citizenship. His wife has not been able to get a UK Visa.

The dad was faced with a difficult situation with his wife and children being in Afghanistan and him being in the UK when the Taliban took over in August. He made the brave decision to return to Afghanistan.

The dad commented: “They were ringing every single day crying.

“All I could hear in the background were bombs blasting and other weapons like rocket launchers.

“I came back because of the safety of my children.

“I didn’t know I was going to be stuck there or hated like this.

“British citizens and their families’ lives are in danger in Afghanistan.”

The Labour MP for Bradford East Imran Hussain has been trying to help the dad return home to Bradford.

“I’ve been dealing with this case since the fall of Kabul in August, and I’ve raised it repeatedly at the highest levels of Government, including with the Prime Minister in Parliament, as well as with the Foreign Secretary, the Home Secretary and the Defence Secretary,” said Hussain.

He went on to add: “However, no Minister has provided me with any real, meaningful response, even as my constituent’s life and the life of his family are in danger.

“Despite being a British national, the Government have abandoned him in Afghanistan and placed his young wife and children in harm’s way by ejecting them from Kabul Airport into dangerous streets where a horrific suicide attack took place just hours before.”

“If this was not bad enough, they now refuse to allow his family to join him on flights out of the country, forcing him to choose between taking a flight and deserting his family, or remaining in Afghanistan.

“Given the very real danger that my constituent and his family are now in, with threats against his life and the life of his family, the Government and the Foreign Secretary must treat this case seriously, and urgently work to ensure that he is allowed safe passage back to the UK or to a third country alongside his family, before it is too late.”