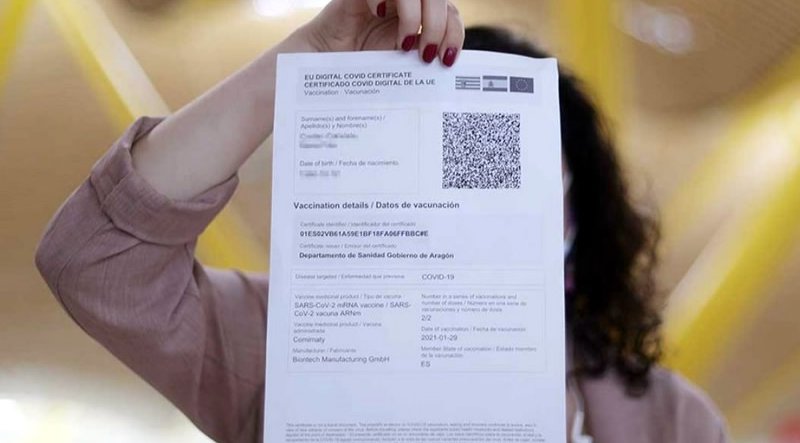 The European Commission has proposed today, Thursday, November 25, that vaccination certificates issued after the second dose is completed should subsequently become invalid if the person does not get the third booster jab within nine months.

In line with indications from the European Medicines Agency (EMA) that the vaccines start to lose their effect after six months, Brussels is planning to use this move to encourage people over the age of 40 to get the third dose. Their idea is to allow a three months grace period after the first six months, in which to get the booster vaccination done.

More than 650 million EU Digital Covid Certificates, or ‘health passports’, have been issued to date. This has led the Community Executive to believe that the acceptance of vaccines “has increased significantly” since last summer.

Stella Kyriakides, the European Commissioner for Health, stressed that the Covid certificate and the coordinated approach to travel measures throughout the bloc “have contributed greatly to safe free movement, with the protection of public health as our priority”.

Around 65 per cent of the EU population has been double-jabbed so far, “but it is still not enough, too many people are not protected, so we must urgently achieve significantly higher vaccination rates. We also need to boost our immunity with booster shots”.

The European Commission has also proposed an update of the ‘travel traffic light map’, taking into account the level of absorption of vaccines in the different regions. The idea is that it has a purely informative purpose, but Brussels considers that “it would also serve to coordinate measures for areas with a particularly low (‘green’) or particularly high (‘dark red’) level of virus circulation”.

Travellers coming from the ‘green’ areas, would have no restrictions applied, while Brussels asks that governments advise against travel to and from the areas identified with ‘dark red’. People who are not vaccinated, or who can prove that they have overcome the disease, will have to undergo a pre-departure test, and quarantine after arrival. There would be special rules for essential travellers and children under 12 years of age, as reported by diariosur.es.