Brian May rants about ‘woke cancel culture’ over Brits decision 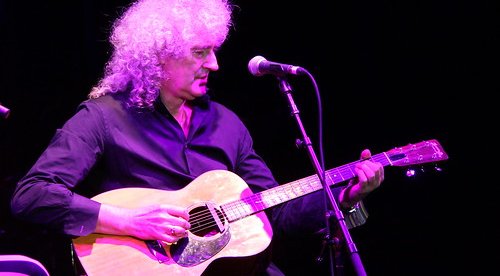 Queen guitarist Brian May has blasted the BRIT Awards for getting rid of their gendered prize categories in a huge rant against ‘woke cancel culture’. As the awards announced this week that they are replacing their traditional male and female awards and replacing them with ‘artist of the year’ and ‘international artist of the year’, the Queen legend exploded with anger in an interview.

The organisers of the awards have said that the move was a ‘small but seismic’ way of ensuring artists of all genders are celebrated, bringing the focus on their ‘music and work, rather than how they choose to identify”. But in an interview to The Sun newspaper, May, 74, shouted down the “knee-jerk” reaction, before claiming Queen “would be forced” to be diverse if remade today.

Brian May was attending ITV’s Palooza at the Royal Festival Hall on Tuesday 23 November as he slammed the BRITs. “ I feel very uncomfortable about some of the decisions that are being made, often out of fear. It’s a decision that has been made without enough thought”, he said of the move that has been in the pipeline since at least 2019.

“A lot of things work quite well and can be left alone. I think some things need to go back. What matters is justice and equality of opportunity, no matter who you are. I get so sick of people trying to change things without thinking of the long-term consequences,” he added. “Some of these things are an improvement. Some of them are not.” May then spoke of an apparent “atmosphere of fear” that has seized the music industry, one he claimed stops people from “saying how they really think”.

“I am sure if Queen started now we would be forced to have people of different colours and different sexes and a trans [person],” May added.

Twitter users were bemused by May’s outburst, with many pointing to the fact that Queen was already fronted by a queer person of colour who was living with HIV. One user tweeted “If I was someone like Brian May or John Cleese, who owe a large part of their success to a gay writing partner/band member, I would simply not complain about woke culture in a desperate bid to stay relevant.”

Tom March, BRIT chair and co-president of Polydor Records said in a statement: “It is important that The BRITs continue to evolve and aim to be as inclusive as possible.

“It feels completely the right time to celebrate the achievements of artists for the music that they create, and the work that they do, irrespective of gender.”