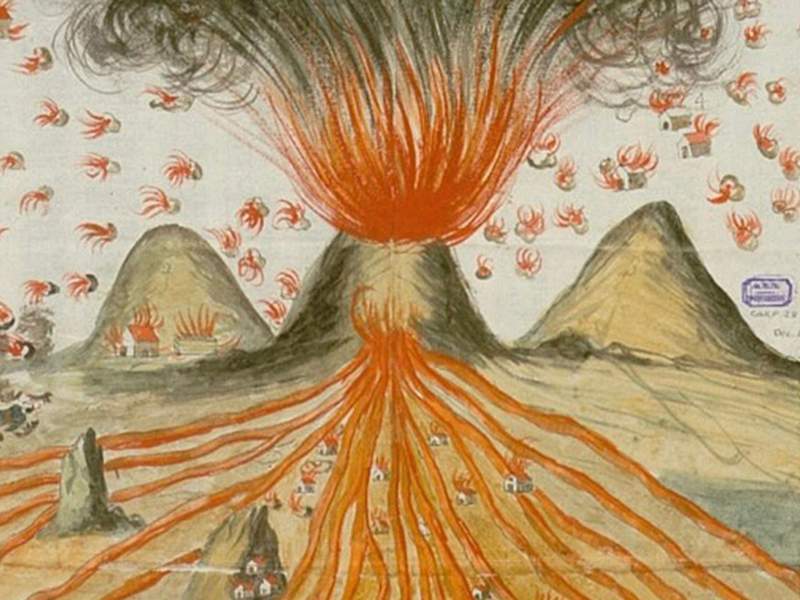 The unnamed volcano on La Palma in the national park of Cumbre Vieja has now become the longest seen volcanic eruption on the island. The volcano is now on its 67th day of activity and signs point towards that it is has reached its climax.

Until today, the record was held by a volcano in the modern tourist area of Fuencaliente in the La Palma, which erupted for 66 days between late 1677 and early 1678. Juan Pinto de Guisla, a local on the island at that time gave a testimony of what he saw “On that very same Wednesday, one hour before sunset, as the earth steamed, the first vent opened up with a great roar on the flatlands […]; and later, immediately, within an hour, 17 more vents all the way to the foothills of said mountain, which produced a thick, flowing matter that was alight and smelled of sulfur, and it formed a river of fire that headed straight for the sea.” Exactly how Cumbre Vieja has been described.

Go back in history

To find a volcanic activity that has lasted longer. It is necessary to go back further in time. Before Fuencaliente woke up and came to life, the longest seen volcanic eruption was in 1646, when the volcano Martin or Tigalate spewed lava for 82 days.

One of the most widely accepted theories of the creation of the Canary Islands holds that the archipelago sits over the African Plate. The African Plate moves over the Earth’s mantle at an impressive speed. In fact, you could compare it to the growth of fingernails.

Why is the volcano still active

20 million years ago this plate began to drift over a “hotspot” that injected magma and created the first volcanic islands.  Today they are known as Fuerteventura and Lanzarote La Palma and El Hierro are the babies, at 1.8 million and 1.2 million years of age, respectively. Whilst the other islands have drifted over time away from this hotspot, both La Palma and El Hierro continue to stay above it, meaning they still have active volcanoes which makes the islands still grow in size. With Cumbre Vieja being longest seen volcanic eruption for many hundreds of years, don’t be surprised if you bear witness to the Island’s growth spurt.