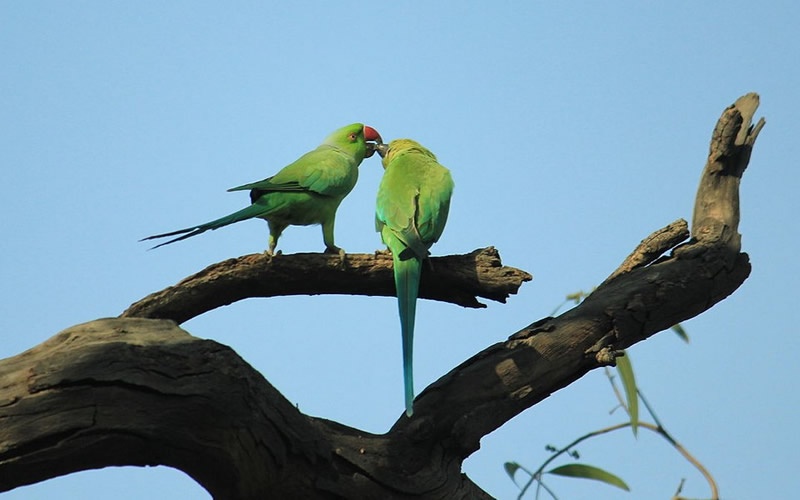 Madrid City Council, through specialised workers, has begun to exterminate thousands of Argentine parrots that have invaded the capital. These birds cause serious inconvenience to citizens, in addition to being an invasive exotic species.

The Fuente del Berro park is the first location in which the plan is being executed, in order to exterminate around 13,000 specimens of the Argentinean and Kramer parrot. Controversy has already been unleashed, because this control campaign is carried out by shooting the birds with compressed air rifles.

The City Council has confirmed that it is an action included in a municipal plan tendered in February to the companies Matinsa and Dypasa for €2.9 million, and that it is a 23-month project.

As confirmed by the Environment and Mobility Department, a contract signed and authorised by the Community of Madrid allows the use of a compressed air rifle in specific circumstances, and in limited enclosures, for the extermination of these species.

The Consistory adds, however, that the bulk of the operations that have been carried out and will be carried out in the future in the city, will be with the cannon-lance, nets, and book net methods.

Municipal sources pointed out that the City Council launched this plan “for reasons of safety and protection of human health”. The Argentine parrot is prone to disease transmission. As reported by Efe, the population of these parrots has increased by 85 per cent since 2015, and 665 per cent if the year 2005 is taken as a reference.

Jose Luis Postigo Sanchez, an expert, and researcher from the University of Malaga, has endorsed this campaign. He pointed out that by 2024, there could be a population of 42,000 invasive parrots in Madrid if no action is taken.

Apart from Madrid, the problem of invasive parrots is growing in Barcelona, ​​Sevilla, and Malaga. Postigo warns that there are also populations of less than 500 parrots in more than 80 other cities, and not acting would be like “not putting out a fire until it threatens a national park”.

Thanks to the Royal Decree on Invasive Species, it is possible, both technically and legally. Despite prohibiting their release once captured, it allows their adoption under certain conditions, being sterilised, and registered in the registry of invasive species.

However, Postigo criticizes in an article the inaction of those 80 cities in the face of imminent danger, “Surely they are not trying to control their parrots to avoid the avalanche of criticism we are witnessing”, as reported by laopiniondemalaga.es.