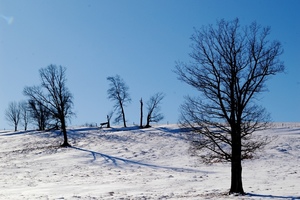 After storm Arwen has left 3 dead and many parts of the British Isles wind damaged or covered in a blanket of snow, Icebox Britain brings more snow and ice as forecast by the Met office.

The Met Office has issued another yellow weather warning and informs us of a risk of ‘wintry showers and icy stretches’ after Mother Nature gave us a show of her strength in the form of 100mph winds and snow across the country this week, causing damage to buildings, road closures and train delays.

Temperatures are expected to drop in some regions across the country, with lows of -1C expected in places like Manchester and Newcastle. More snow and ice can be expected in icebox Britain with the bad weather to be intensified over parts of Scotland and the North West of England.

This morning, November 28, officials carried out a pitch inspection before the Burnley v Spurs match and Turf Moor. Last night, vehicles were abandoned due to heavy snowfall in various areas in the North East due to heavy snowfall. Emergency vehicles were called to help people tow their vehicles back on the road. Icebox Britain is due to see more of this type of weather but at a lower temperature for at least another week.

Unfortunately, the snow and sometimes sleet is predicted to batter the East and Scotland until midweek until it moves across to western areas on Thursday. The Met Office predicts that a warm mass will arrive on Friday bringing with it heavy showers which will continue throughout the weekend.

The cold weather alert issued by the UK Health Security Agency on Friday, November 26 is set to remain in place until Monday. To avoid the effects of icebox Britain, people are still advised to stay warm and stay indoors especially if they have a heart or lung condition.

If you need help in keeping warm

For people struggling to afford heating bills, Simple Energy Advice provides free advice on energy efficiency and national grants that are available to help keep you warm this winter.

If people can’t heat all the rooms they use, it’s important to heat the living room during the day and the bedroom just before going to sleep. Wearing a few thin layers is better at trapping heat than wearing one thick layer. Having plenty of hot food and drinks is also effective for keeping warm. Information sourced from UKHSA website.