The Spanish nationals stranded in South Africa: “This is a disgrace” 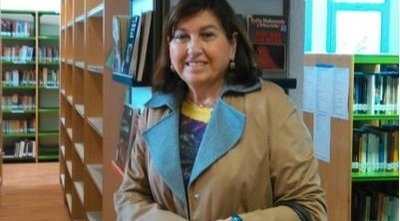 A group of 12 Spanish nationals from Valladolid has been stranded in South Africa as they cannot find an airline company that will transport them to Europe.

Victoria Soto, a councillor for the local government of Valladolid, is part of the group of 12 people who have been stranded in South Africa after being unable to find an airline that would transport them to Europe. They had intended to leave South Africa this Saturday, November 27, flying to Madrid via Zurich with Swiss Air Lines, but the Swiss airline refused to transport non-Swiss passengers after South Africa closed its borders upon detecting a new variant of COVID-19.

The 12 Spaniards, between 67 – 70 years old, have completed a 2-week trip that they had been preparing for two years. “As everything seemed fine, we decided to go so our money wouldn’t go to waste,” Soto explained.

The group is currently at a hotel in Johannesburg and cannot go out. They also do not have food at the hotel because “the city is very dangerous”, and they travel to the airport by minibus to eat. Describing the situation as “a disgrace”, Soto complained that nobody from the Ministry of Foreign Affairs had contacted them and that only one “clearly powerless” person from the office in Johannesberg was trying to find a solution.

Soto explained that when they arrived at the airport on Saturday for the flight, the Swiss airline was no longer permitting passengers with connections. They then tried other airlines, such as the German Lufthansa, but there are no flights available for at least a week. The group hopes to fly with the Dutch airline KLM on Tuesday, although they are unable to make reservations. Prices have skyrocketed from 600 euros to 1,800, and not all members of the group will be able to leave at the same time.

Despite feeling “abandoned”, Soto wished to highlight that they had had a wonderful time in South Africa before the problems with the airlines.