Vox stirs up xenophobia against Moroccans 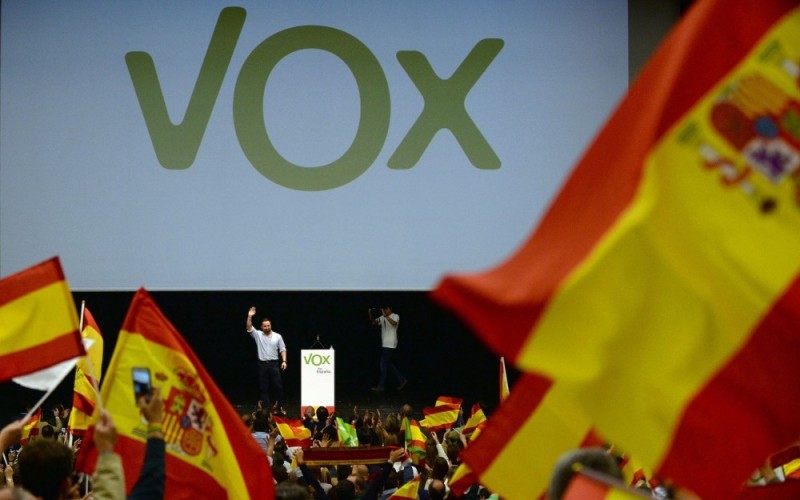 Vox stirs up xenophobia against Moroccans

Spain’s far-right party Vox stirs up xenophobia against Moroccans in front of the Moroccan consulate in Algeciras on Saturday, November 28. The party held a “protest against insecurity” within the city.

The far-right party accused Moroccans of “committing crimes that go unpunished,” arguing that the unpunished crimes “scare the elderly and prevent children from playing in the parks freely.”

In their xenophobia against Moroccans protest, Vox also reiterated its demand to “close centres for unaccompanied minors, mosques and fundamentalist Islamist associations.”

Their hatred is our joy

According to a press statement, Manuel Gavira, Vox’s parliamentary spokesperson and deputy for the city of Cádiz, stressed that “no matter how much they want to silence us, we will continue to go out to the streets to explain our proposals to the citizens, because their hatred towards us is our joy.”

He claimed, “Globalist policies that foreigners want to impose are attacking Spain’s culture and industries.”

Calling for Andalucians to combat irregular immigrants because “they are not integrated into Spain’s culture,” Vox explained that the protest aims to “defend the neighbours from insecurity in their neighbourhoods.”

The far-right party also said that they intend to make Andalucia “safe, without unaccompanied foreign minors, without fundamentalist mosques, without illegal immigration, without drug dealers and crime.”

Not the first time Xenophobia has been expressed by Vox

The Spanish far-right party, Vox, has stirred up xenophobia against Moroccans in the past.

During November, Vox protested many times and stressed their hatred against Muslims, focusing on Moroccans. Morocco’s Consulate General in Las Palmas was vandalized with red paint by Vox supporters expressing the xenophobia against Moroccans that the Vox party members instilled in their supporters. This case of vandalism was done after the party held a congress on illegal immigration and Islamism in Europe.

In June, Vox submitted a proposition of law (PNL) demanding that Madrid enforce a total border closure with Morocco. Also, in the proposition, they requested that Moroccans were no longer granted residence permits and finally, they asked for all irregular migrants to be deported. The party is not afraid to publicly show its xenophobia attacks on Moroccans. They actually feel justified in their actions.