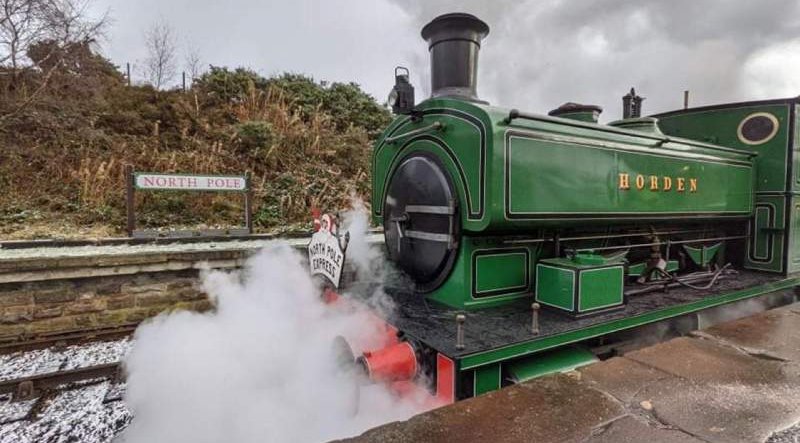 Tanfield Railway have tweeted that all trips on their popular North Pole Express had been cancelled until further notice. The cancellations follow the news that the World’s oldest railway attraction was damaged by Storm Arwen.

Understandably the volunteers who run the attraction are disappointed with many hours put in to making the attraction the popular destination that it is. A volunteer, Mr Watchman, speaking to the PA News Agency described the attraction as “a really magical show” where “We’ve got some festive animals which the kids can meet and get their photograph taken with” and “we’ve got arts and crafts.”

He said visitors “get on our steam train and (go on) a magical journey to the North Pole where you visit Santa at his specially built Grotto.”

The North Pole Express is a very popular attraction with families in the north of England, with visitors taking the train from East Tanfield station through to the “North Pole” where they receive a Christmas present.

The railway line, is the oldest in the world having opened in 1725, was subjected to very high winds unlike any experienced before. Despite taking precautions, volunteers were unable to protect the railway line and the Christmas attraction.

Mr Watchman added it was not until Saturday morning that volunteers “realised the extent” of the damage saying “We’ve got to admit we were keeping an eye on the weather. We didn’t expect it at the levels that we had here.” Continuing he said “Seeing people visiting the railway, the smiles on people’s faces and the kids seeing Santa, (cancelling is) the last thing that we want to do.”

Volunteers for the ride, which they hope to reopen today (Sunday), have been contacting ticket holders with the news. Mr Watchman is hopefully things will be back to normal in time for today’s ride but said “We’ve spent the last six weeks setting up for.”

With so much bad news around, the last thing those that had bought tickets wanted to hear is that the  World’s oldest railway attraction damaged by Storm Arwen. Updates are being posted on Facebook and Twitter.