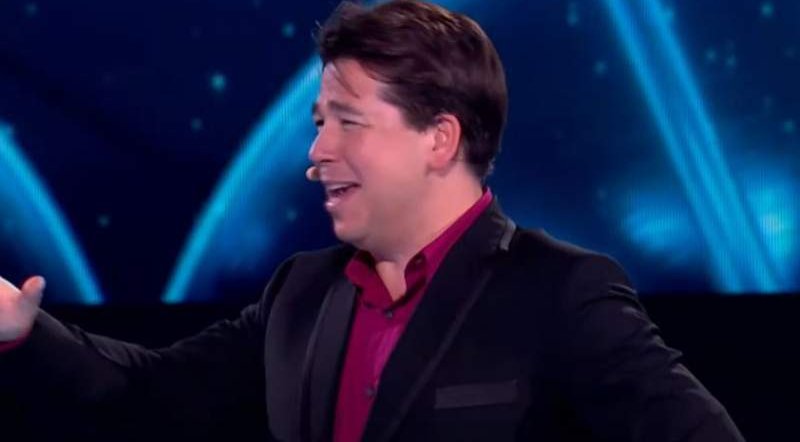 Comedian Michael McIntyre threatens to ‘do a Piers Morgan’ and quit BBC show.

Things were not going smoothly for comedian Michael McIntyre on the Saturday night show The Wheel. He jokingly ended up threatening to quit. During the show, he became frustrated and said: “I’m out of here.”

On Saturday night Rachel was selected multiple times by the wheel which left Michael frustrated. He threatened to storm off set and “do a Piers Morgan.”

Contestants on the show are helped by seven celebrities. The game is one of chance though due to the enormous spinning wheel. On Saturday contestants and celebrities saw the hot seat’s occupant repeatedly changed as questions were answered incorrectly.

He went on to comment: “Let’s hope we don’t land on Rosie, let’s land on Jonathan,” before the wheel began spinning.

Rachel returned to the waiting area again but soon got another chance to get back in the hot seat.

Rosie Jones was placed in the red again and McIntyre became frustrated and threatened to quit saying: “If I open my eyes and you’re looking at me, literally, I’m walking off,”

“I’m doing a Piers Morgan and I’m out of here. Alright?

“You can replace me with anyone you like, that’s me done if I see you. This is it for me. This could be the last time I host this show.”

Rosie claimed that the arrow would not fall on her again but McIntyre said: “I do not want to see you in approximately 26 seconds,” He went on to joke: “Spin The Wheel for what could be my time,”

The wheel finally chose Jonathan which meant the McIntyre will still have to host the show.