Rolls-Royce builds the 'fastest electric aircraft in the world' 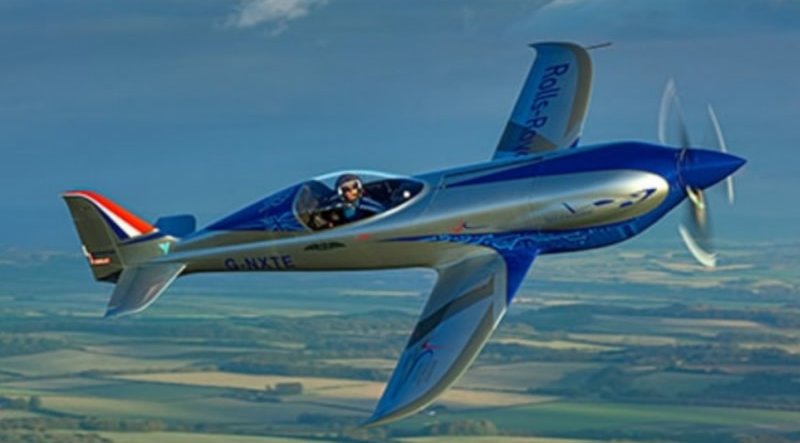 Rolls-Royce builds the ‘fastest electric aircraft in the world’

According to a press release from the luxury car manufacturer, Rolls-Royce, the company claims to have created an electric aircraft that claims the record as ‘the fastest in the world’. It has sent the details of this achievement to the Federation Aeronautique Internationale (FAI) located in Lausanne, Switzerland, to certify their aeronautical record.
On Tuesday, November 16, Rolls-Royce claims that their ‘Spirit of Innovation’ reached a speed of 555.9 km/h, whilst travelling over a distance of three kilometres. Its maximum speed at one point was allegedly 623 km/h. If this turns out to be true then it completely smashes the previous record belonging to a plane that had reached 213.04 km/h.
Rolls-Royce claims that their aircraft had already previously beaten the current record. This, they said, was during tests conducted at the British Ministry of Defense’s Boscombe Down experimental aircraft test site. On that occasion, the plane reached a speed of 532.1 km/h over a 15km distance.
As explained on their website, “The aircraft was propelled in its record trips by a 400kW electric propulsion system, and the propulsion battery pack with the highest power density ever assembled in the aerospace industry”.
The creation of this electric plane is part of the ACCEL project, which is the English acronym for ‘Acceleration of the Electrification of Flight’. Half of its funding is provided by the Aerospace Institute of Technology (ATI), in partnership with the UK Department for Business, Industrial Energy, and Innovation.
“Claiming the world record for all-electric speed is a fantastic achievement for the ACCEL team and Rolls-Royce”, explained Warren East, the company CEO. “The advanced battery and propulsion technology developed for this program has interesting applications for the Advanced Air Mobility market”.
Kwasi Kwarteng, the commercial secretary, affirmed that the British government is proud to “endorse projects like ‘Spirit of Innovation’. As detailed, this type of transport is “cleaner and more ecological, and make it possible for people to fly while reducing emissions”, as reported by 20minutos.es.