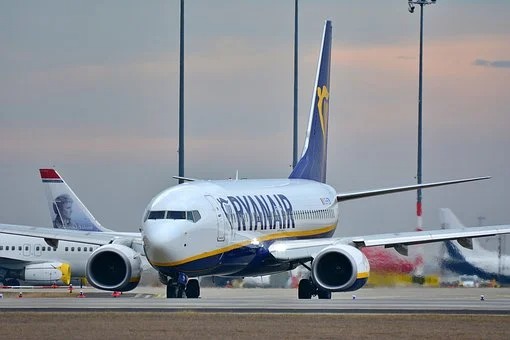 Ryanair passenger reveals ‘6hr journey from hell’. The passengers had to stay on a grounded Ryanair plane for hours.

Lucy Upton, and Karen Paskin, had originally been heading to Portugal for a hen do but Covid scuppered their plans. The pair decided to switch their £800 flights and head to Dublin for an overnight trip instead.

On Saturday the pair boarded a Ryanair flight at Birmingham airport. The travellers became trapped on board after “bad weather prompted delays for the airline and handling agent Swissport.”

Things just got worse and Lucy told Birmingham Live: “It was a catalogue of errors. After six-and-a-half hours later we arrived in Dublin.

“The flight was meant to leave at 8.05am, but because of the weather staff hadn’t arrived so we were held up.

“That was fair enough as the weather was bad. The staff did turn up and we were allowed on the plane, which was about 8.15am by this time.

“We were told the plane needed to be de-iced and also needed to re-fuel. It was almost two hours later at this point and people had missed connecting flights.

“I think the captain was trying to contact Swissport and were getting radio silence.

“People asked what if there was an emergency? And they said ‘we’d just have to basically try and keep them alive until someone comes to help us.’”

Lucy went on to add: “For over five hours we’d been on the plane before it left the tarmac. We weren’t offered any drinks or anything like that.

“You could buy things, but nothing for free to apologise (for the delays).”

The flight had nearly 200 people on board. After several hours many people got off the plane. The plane finally made it to Dublin but some travellers were heading back the same day so their trip consisted of: “going to the pub in Dublin for a few hours and coming straight back.”

Lucy revealed more details on the trip and said: “No-one was allowed to get off the plane for four hours and there was no way anyone could get off the plane. People were getting frustrated.

“In the end 50 or 60 people did get off the flight. I think many had missed connecting flights anyway.

“Then the luggage had to come off as well. I think everyone was very patient given the circumstances.”