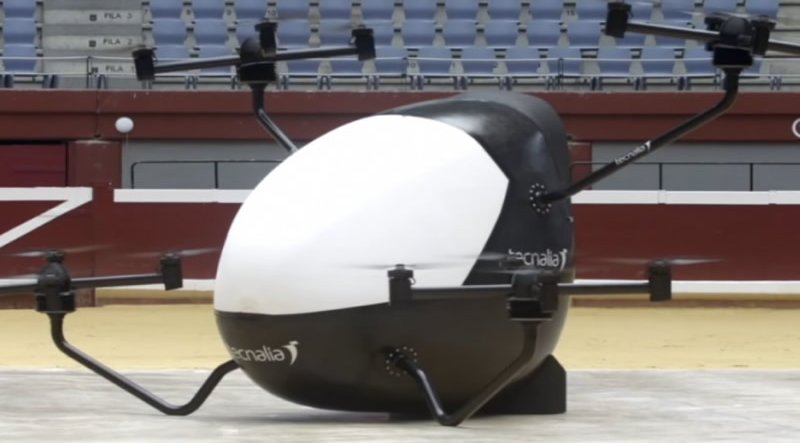 Inventors have chased the dream of creating flying cars for decades now, and they have been seen in many sci-fi films. But now, Umiles, a company which specialises in the manufacture of drones, has a plan to launch the first-ever fully electric air taxi in Spain.
Carlos Poveda, the CEO of Umiles, speaking in an interview with Business Insider, confessed that his company’s taxi is still a prototype, and cannot fly. However, he assured that after a series of tests that are being planned, the later model will take flight.
While attending the Expodronica fair, Poveda explained that their flying taxi – initially dubbed ‘Integrity’ – will be able to connect the Balearic Islands, Valencia, and Barcelona with each other. The vehicle will have the capacity to transport five passengers and be capable of handling routes of up to 300km.
“‘Integrity’ is a drone drone. This means that it will be comprised of four four-motor drones, each acting independently. In this way, it can achieve high stability, which translates into safety, both for the passenger, and for the air environment itself where we move” assured the CEO.
Poveda explained that their first test model is designed to transport only one or two people. By the time of the June 2022 fair, he claimed they will be able to present an Integrity model capable of carrying five passengers, plus the pilot.

Umiles hopes that Integrity will be prepared in time to carry out tourist flights at some point between 2026 and 2030. Until that time arrives, tourists will have to settle for travelling by other means of transport between the different Spanish territories, as reported by 20minutos.es.