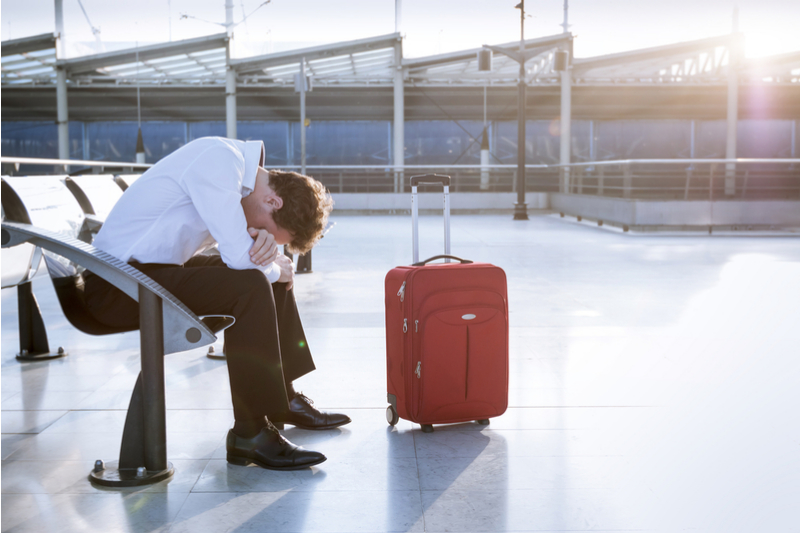 Many Brits see Christmas plans ruined after Spain bans all unvaccinated visitors from the UK.

Only vaccinated visitors (and their children) can travel to Spain, effective December 1.

MANY Brits have seen their Christmas plans ruined after Spain bans all unvaccinated visitors from the UK. Euro Weekly News covered the announcement from the Spanish Ministry of Health on Saturday, November 27.

With a new variant of COVID-19 (Omicron) emerging in the UK, Spain and across Europe, travel restrictions, as well as other safety measures, are being rolled out to stop the spread of the virus – meaning that some Brits may be in for another lowkey Christmas.

Those planning to venture to sunny Spain for the Crimbo holidays will no doubt be disappointed as from tomorrow (December 1), Spain will only allow entry to passengers from the UK who are “fully vaccinated” – anyone over the age of 12 and has received both doses of the COVID-19 vaccine.

Without proof of vaccination to depart to Spain, unvaccinated travellers will not be allowed to board a flight to the country. However, for those who are fully vaccinated, according to Spain’s criteria, nothing much will change.

The Spanish government announced that unvaccinated children under 12 can enter with a vaccinated parent but those over 12 who are unvaccinated will not be granted entry to the country.

Spain and its islands have long been a favourite destination for Britons, with more than 18 million holidaymakers visiting this Mediterranean hotspot in a normal year. However, Covid has changed travel plans for many Brits since the pandemic began and sadly, this year looks likely to follow the same trend.

David from Camden Town, UK, has told Euro Weekly News that the announcement has meant that he can’t spend Christmas with his grandchildren on the Costa Blanca because he “has only had one dose of the vaccine.”

Victoria from Essex, UK, said she isn’t able to travel because her “14-year-old daughter isn’t vaccinated” which has meant they can’t visit their in-laws in Valencia over the Christmas period.

Tracey from Leeds, UK, told EWN that a “mix-up with her second vaccine appointment” now means she will miss out on a “two-week trip to see her best mate in Malaga.”

Previously, people were allowed entry into Spain with proof of a negative test result, even if they hadn’t been jabbed but now only the vaccinated will now be allowed to visit in an attempt to limit the spread of the Omicron variant.

As for travel from Spain to the UK, British Prime Minister Boris Johnson announced on Saturday, November 27, that PCR tests and self-isolation for UK arrivals would be reintroduced amid concerns of the new Omicron variant.

They can only leave home if you need to buy essential supplies, such as food or medication (but only if no one else can buy them for you), to take a test or for urgent medical care.

The Spanish Ministry of Health took the decision to modify travel restrictions for passengers from countries that do not belong to the EU or the Schengen Area due to reasons of public order and public health.

Certain countries and special administrative regions that are not considered high-risk will be exempt from the new restrictions. These countries include Argentina, Australia, Bahrain, Canada, Chile, Colombia, Indonesia, Jordan, Kuwait, New Zealand, Peru, Qatar, Rwanda, Saudi Arabia, South Korea, United Arab Emirates, Uruguay and China, along with some regions of Hong-Kong and Taiwan.

The restrictions are set to be in place until December 31 and the information has been published in the Official State Gazette (BOE).