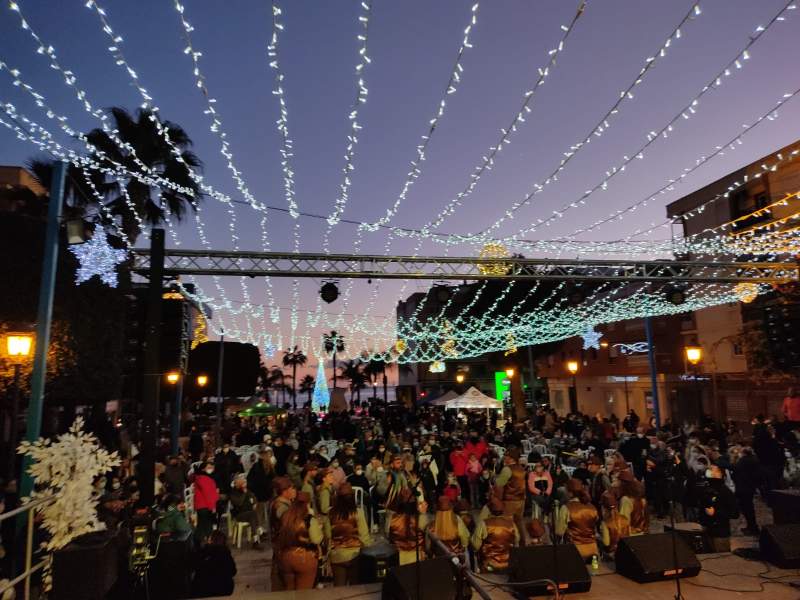 Rincon de la Victoria will have a wide programme of Christmas activities for families at the beginning of December.

Rincon de la Victoria celebrates Christmas with a programme that intensifies during the beginning of December, beginning this Friday, December 3 until December 8.
From the area of Culture, Fairs and Festivities, activities have been organised in the municipality with theatre, music, and literature among other activities aimed at family audiences.
The Councillor for Culture, Fairs and Festivities Clara Perles said: “This year, we have organised a wide and varied program distributed by the four population centres with theatre, music, literature and many more activities designed for all audiences that we hope you like.”
The councillor also announced that the programming will be revealed weekly to be able to adapt it to any security measure that may arise depending on how the incidence of Covid fluctuates.
On December 3 at 7:30pm, the Casa Fuerte Bezmiliana in Rincon de la Victoria will host the presentation of the novel ‘Roberto y Africa’ by Ricardo Ruiz-Toledo. Admission is free until full capacity is reached.
On Saturday, December 4 at 12pm, the old Torre de Benagalbon Railway Station will host a day that will begin with traditional wooden games and a puppet show by the Angeles company of Rag called ‘Three Christmas stories.’
On Sunday at 5pm, there will be a Christmas music meeting in the Plaza Gloria Fuertes in La Cala del Moral with the Castañuelas group of the Estrella del Alba Association, the El Castillo choir, the Nuestra Señora parish choir del Rocio de Rincon de la Victoria and the Estrellitas choir.
On Monday, December 6, the Plaza Al Andalus will host various shows. The first flamenco zambomba by Maria Cortes ‘Semblanza Navideña’ will be held at 1pm and at 5pm a belly dance show called ‘Dreams of the Alhambra’ will be held.
On December 7, Bosco Vida arrives at La Casa Fuerte Bezmiliana at 6pm with “Apply the story.”
Finally, on December 8, the concert of the Lastre Family will be held at the Centro del Folklore Malagueño de Benagalbon at 8pm.
For these last two events, it is necessary to make a prior reservation by e-mail: [email protected]