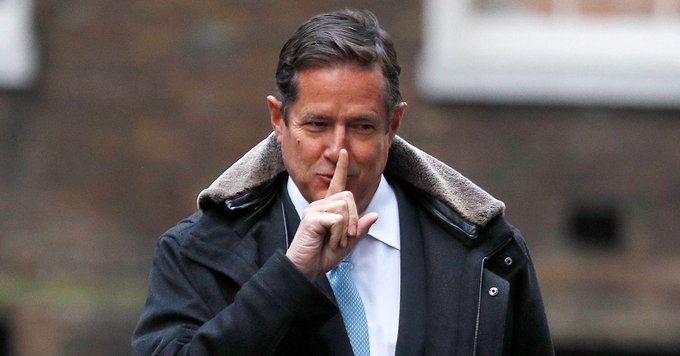 The chairman of Barclays sent out a Jes Staley and Jeffrey Epstein email warning to its shareholders informing them that the correspondence will be ‘uncomfortable’ to read, revealed by the Mail on Sunday.

As events and secrets are unfolding, Nigel Higgins has spent the last fortnight contacting the bank’s largest investors. He has tried to contain the damage that the Staley and Epstein email exchanges will cause.

Staley had a relationship with Epstein that he classed as purely professional. The two became known to each other when Staley worked at the private bank JPMorgan. It was during this time that Staley and Epstein exchanged almost 1.5k emails. As part of the current investigations, Higgins has become privy to the content of the emails and was so concerned that he felt he had to warn his investors of the offensive language on Staley’s part.

One top 20 shareholder told The Mail on Sunday: “We spoke to Higgins after Staley left. He was very open. He said once you read the final report you will have questions for us because it will make for uncomfortable reading.”

Another investor said, “Higgins described some of Staley’s language in the emails as ‘generous’”. The chairman also mentioned that “Staley often formed strong relationships with clients and colleagues”.

The concern is that the excerpts from the plethora of Staley and Epstein email will suggest that Staley was closer to Epstein than he had originally stated.

The warning from Higgins comes after he publicly supported Staley when the regulatory investigation emerged last February.

The recent phone calls could be taken as an attempt to distance the board from the situation and prepare investors ahead of publication.

Staley first met Epstein in early 2000 when the latter was a customer of JPMorgan. Staley also visited Epstein in 2009 while he was serving a prison sentence for soliciting prostitution from a minor. The two have also enjoyed time together at various social events too.