Boris Johnson broke Covid rules to party at No 10 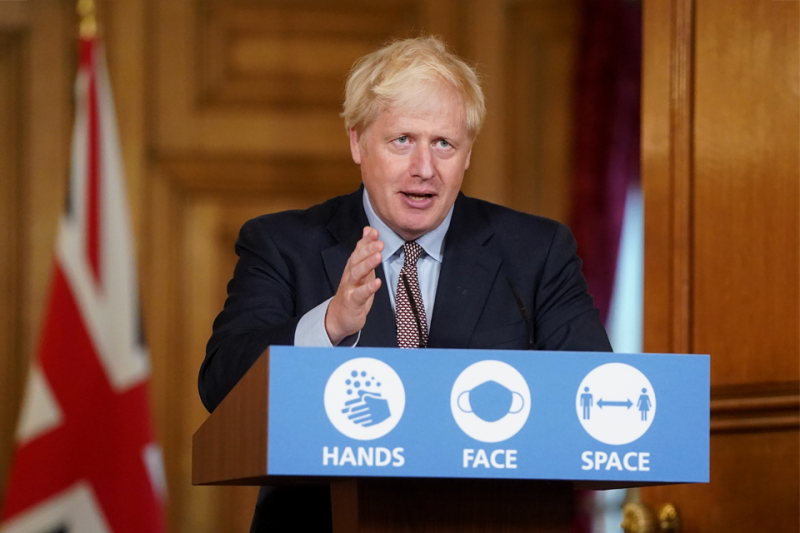 Prime Minister partied at No 10 during first lockdown. image: No 10 wikicommons

Boris Johnson has failed to deny that he broke Covid lockdown rules to party at No 10 last Christmas.

Boris Johnson has failed to deny that Covid lockdown rules were broken by No 10 hosting boozy parties last Christmas.

Johnson claimed rules weren’t broken, however, he failed to deny the claims when questioned in the commons.

According to The Mirror, parties were held in Downing Street days before Christmas – while London was in Tier 3 restrictions – with around “40 or 50” people crammed  “cheek by jowl” into an event room at No 10.

Labour leader Keir Starmer accused the PM of “taking the public for fools” in a heated Prime Minister’s Questions clash.

Mr Starmer said: “As millions of people were locked down last year, was a Christmas party thrown in Downing Street for dozens of people on December 18?”

Johnson replied: “What I can tell [him] is that all guidance was followed completely during No 10.”

Mr Starmer said: “I’ve got the rules that were in place at the time for this party. They are very clear.”

“You must not have a work Christmas lunch or party. Does the PM really expect the country to believe that while people were banned from seeing their loved ones at Christmas last year, it was fine for him and his friends to throw a boozy party in Downing Street?”

Johnson said he had “said what I’ve said about No10 and events of 12 months ago” and tried to change the subject to the rules for this year.”

SNP Westminster leader Ian Blackford said: “When the person in charge so blatantly breaks the rules, it needs to be talked about”, as Tory peers heckled.

He added: “Last Christmas the Prime Minister hosted a packed party in Downing Street – an event that broke lockdown rules, rules that everyone else was expected to follow.”

“At a time when public health messaging is so vital, how are people possibly expected to trust a Prime Minister when he thinks it’s one rule for him and one for everyone else?”

Mr Blackford added: “This is a time when leadership matters, when truth matters, and when trust really matters.”

Adam Wagner, a visiting professor of Law at Goldsmiths University, said organisers of an event like this could have faced a £10,000 fine while attendees could have been fined £200.