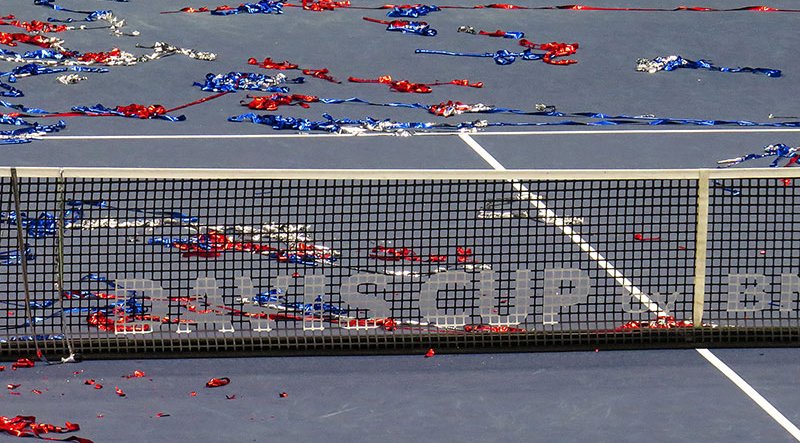 The Davis Cup Finals take place from November 25 to December 5. Called the World Cup of Tennis, Spain will be out to retain the title they won in 2019. They beat Great Britain on their way to that triumph. The odds are they may well meet again in the coming weeks. Can you bet on the Spaniards to again come out on top?

If Spain are to retain the Davis Cup, they are going to have to do so without Rafael Nadal. He’s already ended his tennis year and that leaves the Spaniards without their top player. They will also be missing Roberto Bautista Agut, so the odds on them again winning the title have lengthened.

There are some plusses though for the Spanish team. They have Pablo Carreno Busta and rising star Carlos Alvarez who has lived up to the promise he’s shown in the last year or so. With Albert Ramos Vinolas also in their line-up, that’s three players in the top 45 in the world.

When you bet on this tournament, it’s not just singles matches you need to consider. Each match is a best-of-three with two singles and a doubles. Spain has Marcel Gronollers in their team and he’s the world number seven in the doubles rankings. He can team up with one of the other members of the Spanish team and create a strong doubles partnership.

Two years ago, Spain were the winners of the first ever Davis Cup finals. Betting on the tournament was never that easy because it was played throughout the year. Just working out when the matches were being played was a bit difficult.

Now we have an 11-day tournament featuring 18 countries, all out to beat the odds and win this historic event. Spain won their sixth Davis Cup and will be all out to win a seventh. Only Busta and Gronollers played in the team that won the 2019 title. They had contrasting results with Busta not winning a match and Gronollers unbeaten.

The absence of both Nadal and Agut does make life a bit more difficult for them. The group draw hasn’t helped them either. They should have too much for Ecuador but beating the Russian Davis Cup team won’t be easy. The Russians have Daniil Medvedev and Andrey Rublev. They teamed together earlier this year to win the ATP Cup.

Spain can still progress if finishing second in their group. The top two second placed sides will progress, so bets won’t be lost if they don’t finish top of Group A. If you want to bet on this tournament, it’s best to find out who the best sites to register with are according to Offers.Bet

Great Britain met Spain at the semi-final stage in 2019. They had won the Davis Cup in 2015, just the 79 years after their previous success. They went 1-0 in that 2019 semi-final after Kyle Edmund (out injured at present) beat Felciano Lopez. Spain made an excellent comeback with an easy win for Nadal over Evans and then triumph in the doubles to seal their place in the final.

There’s no Andy or Jamie Murray for Great Britain this year. Often when that has been the case, sportsbooks will offer huge odds on British success. However, 2021 has been a good year for British tennis and not just because of Emma Raducanu.

Cameron Norrie has risen to 12th in the world and Dan Evans to 25th. They’re both playing in the 2021 Davis Cup Finals and if they do meet Spain at any point, will give them a good match. The British side also has two excellent doubles players. Joe Salisbury is the number three ranked doubles player in the world. Neal Skupski is ranked 20th, so those two players together will be at short odds to win their matches.

They take on France and the Czech Republic in their group. France are the second seeds but are not fielding their strongest line-up. There’s no Gael Monfils, Ugo Humbert or Benoit Paire and their top singles player is Arthur Rinderknech, though they do have a strong doubles line-up.

It is possible that sportsbooks will find themselves laying odds on a Spain v Great Britain match. The Spaniards will have home advantage but unlike in the past, they won’t be able to decide what surface a match will be played on and secure an advantage.

If they did, then it’s certain the tie would be played on clay. Instead, it would be on an indoor hard court and that would make it a very interesting match indeed. Both countries have excellent singles players, with Britain slightly edging it when it comes to the doubles. It’d certainly be a titanic battle, that is for sure.