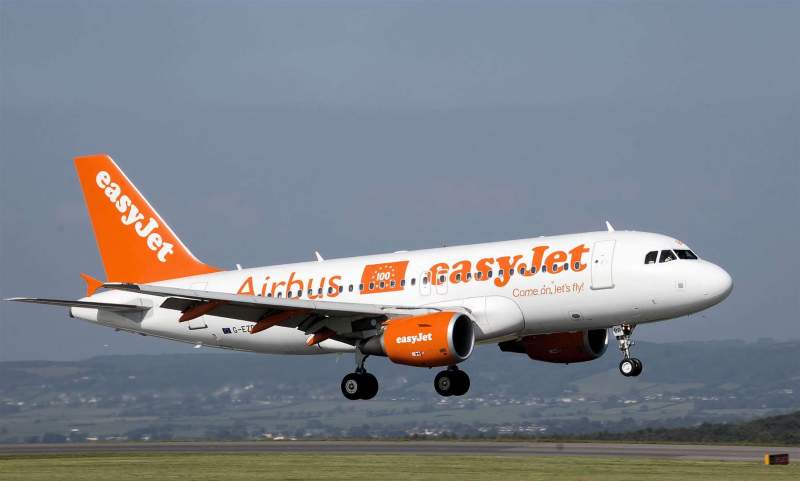 Couple reschedule flight to avoid isolation and PCR only for easyJet to cancel it. image: Easyjet Media

A couple returning to the UK rescheduled their flight to avoid the new restrictions only for easyJet to cancel it.

A couple from Liverpool travelling back from Paris rescheduled their easyJet flight back to the UK upon hearing about the new Covid restrictions for travel, so that they could avoid having to isolate and take a PCR test on their return.

On arriving at Paris Charles de Gaulle Airport, Lyndsey and Richard Lloyd from Liverpool faced hours of delays and were then told their flight was cancelled. They then had to stay in a hotel for the night and fly back to John Lennon Airport on Tuesday, November 30 – when new restrictions kicked in.

Lyndsey told EWN: “Our original flight was booked for 10:15am on Tuesday. When we heard the announcement on Sunday about the new travel restrictions to the UK we decided to change our flight for Monday at 8pm.”

“We paid to change the flight so we could get into the UK before the rules change due to work commitments making it hard to have to isolate for two days on our return and having to pay for a PCR test.”

“We checked in, we were at the gate and then everybody was in the queue to board the plane. We were all then told that there was a 20 minute wait. Then we were told that we would be best to go back into the departure lounge because it would be at least an hour before we would fly.”

“By this time it was around 10pm, so we had been waiting for two hours. At around 11pm, easyJet staff apparently asked the pilot for an update on the situation because of the new rules that have come into place for travel.”

“They then told us that the flight was delayed overnight and we wouldn’t take off until tomorrow (Tuesday, November 30). We were put up in a hotel but, obviously, now everybody on that flight will now need to pay for a PCR test and isolate for two days while they wait for results.”

“The flight apparently couldn’t take off because a bird had flown into the engine, so we were delayed by about 15 hours and now we have to isolate for two days which is inconvenient due to work commitments and paying for a PCR test when we had already paid to change the flight.”