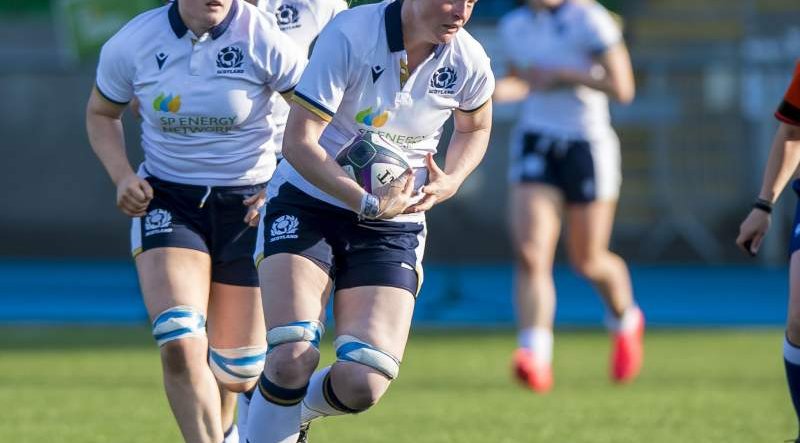 Siobhan Cattigan, who played for Stirling County, won 19 caps for her country.

SCOTLAND international rugby player Siobhan Cattigan dies aged just 26. No details have been given as to the cause of her tragic passing.

Siobhan won 19 caps for Scotland between 2018 and 2021, with the back-row making her international debut against Wales during the 2018 Six Nations.

Born in Callander, the young rugby star started playing at the age of five when she joined the hometown club; McLaren Minis. This year she started all three matches of the 2021 Women’s Six Nations tournament in April against England, Italy and Wales.

According to Scottish Rugby, Siobhan previously cited that Scotland’s historic win against Ireland in 2018 was one of her personal highlights, with the side claiming an away victory for the first time in 12 years.

Scottish rugby announced the shocking news on Tuesday night (November 30) and support will be provided to those affected by the sad news.

“We are deeply saddened to hear Scotland international Siobhan Cattigan has died,” they said.

“The thoughts of all our people and players go out to Siobhan’s family and many teammates at Stirling County and Scotland at this incredibly difficult time.

A statement from her club team Stirling County RFC read: “It’s with a heavy heart we pass on the news of the tragic passing of Siobhan (Shibby) on Friday 26th November.

“Shibby has been a big part of County for many years and will be hugely missed by everyone at the club.

“She was central to the development of women’s rugby within the club and an inspiration to the girls in the youth section.

“Shibby was a teammate and friend and we deeply mourn her loss. Our love, thoughts & heartfelt condolences are with Shibby’s family at this devastating time.

“We very much hope their privacy will be respected by everyone as they deal with their tragic loss.”

Siobhan was most recently involved in the Rugby World Cup 2021 Europe Qualifiers squad, where she came off the bench in Scotland’s first win of the tournament against Spain.

She studied Criminology and Sociology at the University of Stirling before going on to receive a Master’s degree in Sports Psychology. She was a prominent member of the university’s rugby club and captained her side to victory in the 2016/17 BUCS league.