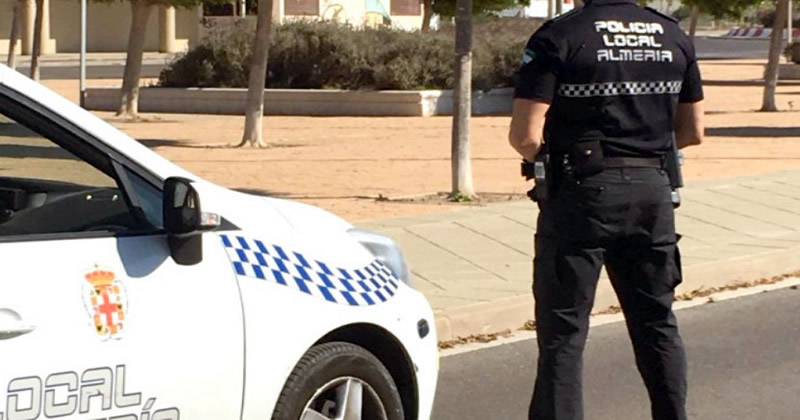 Almeria Local Police force has joined the Christmas campaign of the General Directorate of Traffic (DGT). As a result, it will intensify alcohol controls at the entrances to the city, and also in the urban area from this weekend and during all the Christmas holidays.

Ramon Fernandez-Pacheco manifested this in the Local Security Board that he chaired today, Thursday, December 2. This took place at Almeria City Hall, where he was accompanied by Manuel de la Fuente, the deputy of the Local Government.

Along with representatives of the relevant municipal entities, they presented the Special Protection Plan for these dates. This includes a police reinforcement, especially on the days of greatest influx of people on the street, such as December 7. Also, for the Christmas lighting that will take place in Puerta de Purchena, and the Three Kings Parade that will cover the traditional route.

In addition to breathalyser controls, the Local Police will intensify traffic controls, along with vigilance on parking lots, street vending, drinking bottles, and other social activities. Attention will be paid to the ‘homeless’, who, given the drop in temperatures, will be invited to go to the Municipal Reception Centre.

All this will be carried out with a reinforcement of patrols in the street, also on foot, and with special presence in the events with the largest public presence such as the San Silvestre race, the celebration of the Banner, and the Three Kings Parade.

As usual, the Local Police will coordinate with the National Police Station, which also has a specific plan prepared for these dates, aimed at offering citizen security and preventing crime. They also have active safe trading plans and other specific ones for online purchases that can help people to avoid online scams.

112 Emergencies, meanwhile, will reinforce the emergency care coordination room on the most designated days, so that the safety of Almeria is covered to the maximum, as reported by diariodealmeria.es.