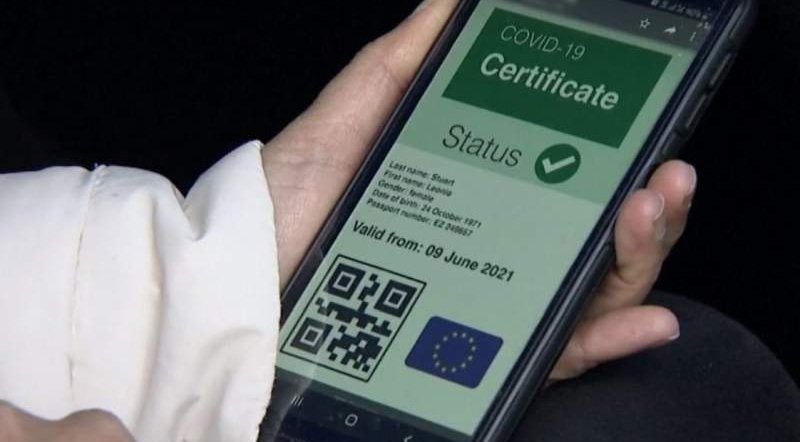 The Aragon Prosecutor’s Office requests the suspension of the Covid passport.

The Public Prosecutor’s Office of the Autonomous Community of Aragon has requested the suspension of the Covid passport on the understanding that the obligation to submit the measure to prior judicial ratification has not been fulfilled. Especially considering that it affects several fundamental rights.

According to the prosecutor, it entails: “irreparable damage to the extent that by not having been subject to judicial authorisation, it concurs in the violation of the fundamental rights contained in articles 14, 18.1 and 18.4 of the Constitution.”

It also indicates that the measures affect the entire Community “indiscriminately”, without considering the incidence of the pandemic in the different provinces, cities, counties or municipalities.

This comes as today, December 2, the Superior Court of Justice of Andalucia has not endorsed the Covid passport.

The Prosecutor’s Office stresses that the controversial Law 3/2020 of the Government of Aragon “cannot at all be understood as a case of legitimate evasion of state procedural regulations in contentious-administrative matters.”

In his opinion, acting without prior judicial ratification “would make Aragon worse off than the rest of the territories of the Spanish State,” given that in other regions prior judicial control would be required in any case while the authority Aragonese health service “could elude it.”

The Prosecutor’s Office also addresses the controversy over the capacity of the High Courts of Justice to rule on sanitary restrictions. In this regard, it says that “there is a constitutional basis” for them to assume the competence that has been attributed to them by article 10.8 of the Law of Contentious-Administrative Jurisdiction.

Now it will be the Superior Court of Justice of Aragon (TSJA) who will take the floor. The Government of Aragon already presented its allegations this week, in which it recalled that the pandemic has not ended and that its effects could still be significant in terms of the number of infections and fatalities.

Less than a week ago, the TSJA rejected the precaution presented by the Provincial Association of Entrepreneurs of Party Rooms, Dance and Discotheques of Zaragoza. However, the adoption of precautionary measures has yet to be resolved.

The Department of Health promoted the Covid passport to stop the infections of the seventh wave and encourage vaccination. This was the case for nightlife, large events and shows, and does not rule out expanding it soon to gyms, residences and hospitals if the trend continues to rise.

Yesterday, the general director of Public Health, Francisco Javier Falo, warned that the certificate is “to stay,” however, it will be Justice who decides. Should the TSJA reject this measure, the Executive would foreseeably have the possibility of turning to the Supreme Court, as other Spanish communities have had to do.

This is precisely what the DGA wanted to avoid, which urged the Government of Pedro Sanchez to create national regulations.