Arthur Labinjo-Hughes: Dad and his partner found guilty of killing 6yo son 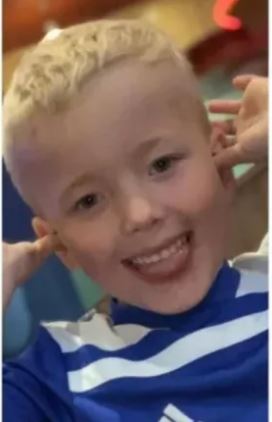 A father has been found guilty of manslaughter and his partner was found guilty of murder after the verdict came in over the killing of his son, Arthur Labinjo-Hughes, aged six. They subjected the boy to months of mistreatment and the court heard the pair forced Arthur to endure “systematic, cruel behaviour” of “physical and psychological” abuse in the weeks before his death.

Thomas Hughes, 29, has also been found guilty of mistreating Arthur by isolating him away from extended family, and he and his partner 32-year-old Emma Tustin were found guilty of physically and verbally intimidating him.

Speaking after the verdicts were given, Arthur’s maternal grandmother, Madeleine Halcrow called the pair “wicked” and “evil” and spoke of their “unfathomable” behaviour. “I think they are cold, calculating, systematic torturers of a defenceless little boy. They’re wicked, evil. There’s no word for them, especially [when it is] your own child,” said the grandmother.

Tustin was in charge of Arthur when the fatal assault occurred at her home in Cranmore Road, Solihull. She took a photograph of the young boy on her mobile phone as he lay dying in the hallway, and sent the image to Hughes. She waited 12 minutes to call 999 and then lied to medics, claiming Arthur “fell and banged his head and while on the floor banged his head another five times”.

Tustin later claimed he must have thrown himself down the stairs, despite evidence he was barely strong enough to pick up his own bedding or stand. Jurors also convicted Tustin of two counts of child cruelty, including salt-poisoning and withholding food and drink from Arthur.
She had already admitted two other cruelty counts; wilfully assaulting Arthur on three occasions and isolating him, including by forcing him to stand in the hallway for up to 14 hours a day as part of a draconian punishment regime.

The jury held a minute’s silence in Arthur’s memory after taking six hours and 15 minutes to deliver their verdicts. An independent review is now underway, looking at the authorities that were in contact with Arthur Labinjo-Hughes before his death.