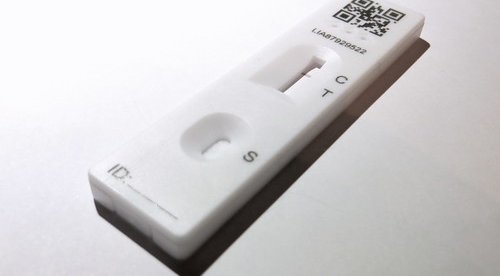 The UK government has confirmed that the provision of free Covid tests is still due to end, even though there is a new variant making its way across the globe. Health secretary Sajid Javid put out a request for people to take the lateral flow home tests before heading out to their Christmas parties this year, but soon the swabs will have to be paid for.

There are fears that the Omicron variant could trigger a fresh wave of infections but the government says the service must still end. At the moment, anyone can get the tests delivered to their door and under the winter plan, last updated on November 9, the government said it will keep paying for “the coming months”.

But it says eventually “universal free provision…will end and individuals and businesses using the tests will bear the cost”. When asked by Metro.co.uk, the Department for Health and Social Care would not clarify when the free testing policy would extend to.

Self-isolation laws will remain in place until March 24, 2022, unless repealed but the department did not give a guarantee free testing would last at least until then.

Despite the government insisting that it will be “engaging widely” on how the paid test model would work, there is still a fear that a significant financial burden would be placed onto people who are only trying to keep themselves and others safe. The health department was also asked if price controls would be enforced to prevent inflation after the end of free Covid tests, but they did not give a response.

Despite the looming scrapping of free testing, the government has ramped up its messaging in recent weeks to urge people to use the kits. The official advice on when to take a test was upgraded from twice a week to whenever you’re planning on visiting a vulnerable person or a crowded indoor space just nine days ago.