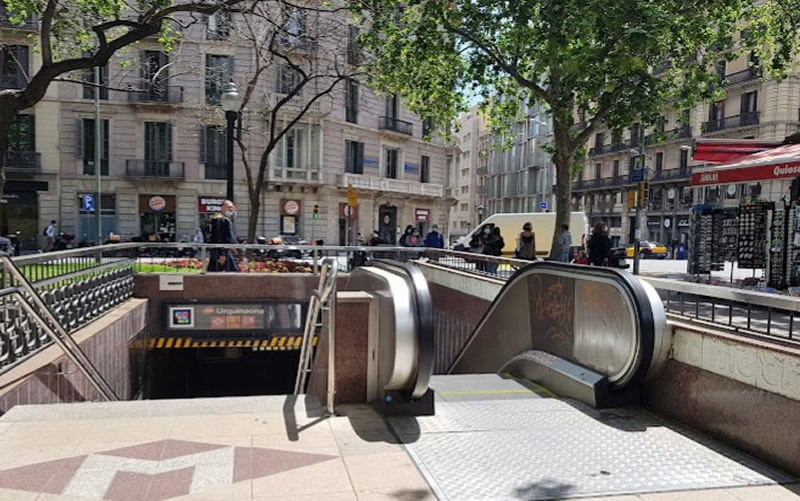 Jailed for hospitalising a man who carried a Spanish flag in Barcelona. image: google

On Thursday, December 2, a judge sentenced a young independentist to three years and nine months in prison for attacking a man who had been travelling on the Barcelona Metro with a Spanish flag. The victim had been participating in a Jusapol demonstration on November 10, 2018.

The incident occurred shortly before 2pm, when the victim – who was not a police officer – was preparing to return home by Metro after taking part in a demonstration by the Jusapol trade union association. He was attacked by the defendant, accused of displaying a Spanish flag and cap.

In its ruling, to which Efe had access through the law firm Aranda, Melgar & Tasies, Barcelona criminal court No2 considered it proven that Abel M.C., together with another person – both of whom had participated in a demonstration of the opposite sign – followed the victim to the Plaza Urquinaona Metro stop with the “sole purpose of causing him bodily harm”.

“Once inside the facilities”, maintains the magistrate in his sentence, the defendant’s partner waited for the man “to be on the edge of the stairs, and as he was about to go down, gave him a strong push by his back, which caused him to tumble down the stairs until he hit the ground head-on”.

As a result of the aggression, the victim suffered several injuries that took 12 days to heal. For five of which he was incapacitated, leaving him with moderate aesthetic damage valued at 8 points.

In his sentence, the judge considered that the defendant acted out of his “animosity towards those who display symbols, such as shields or Spanish flags”, as was the case with the attacked man.

The judge imposed a sentence of three years and nine months in prison, while the Public Ministry had requested 4 years and 9 months. Also, the defendant had a restraining order placed against him, prohibiting him from approaching within one thousand metres of his victim, their address, or workplace, or to communicate with him for a period of five years.

In addition, the judge condemned him to pay €550 for injuries, and another €8,500 for damages, in addition to having to bear the procedural costs of the hearing. An appeal may yet be filed, as reported by laopiniondemalaga.es.