School boy severely beaten by gang of youths in Valencia 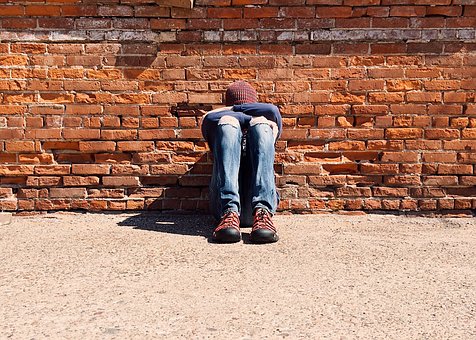 School boy severely beaten by gang of youths in Valencia

A 14-year-old school boy was severely beaten by a gang of youths in Valencia all because he is friends with a girl that one of the gang members ‘fancies’.

“He came in scared to death. He was very scared. He asked us to please tell his mother and the police, and to let him stay here until he was picked up. It is unbelievable that these things happen here, next to us…”. The person speaking is the waiter of a bar in Doctor Olóriz street, in the Valencian neighborhood of Tormos, in La Saidïa, where a 14-year-old boy who was cornered, kicked and beaten until his eardrum ruptured by a gang of youths consisting of five other minors between 14 and 15 years old from a nearby neighbourhood, after waiting for him at the exit from his secondary school, sought and found refuge last Monday. The excuse, accusing him of “having something” with a girl who, apparently, one of the bullies liked.

The mother has already filed a complaint at the National Police station of Trànsits and has formally requested a transfer to another school. “I am very afraid that it will happen again. One of the people who did this to my son is the same age as him and goes to the same secondary school. My son is still at home and this boy is going to the centre. Just the other day I saw him when I went back to talk to the principal,” explains the parent, who seeks, above all, “to protect my son from this gang of youths in Valencia”.

The school has suggested that the boy stay at home this week while he recovers, and that, upon his return, if the change of school or the expulsion of the other student involved in the beating has not yet been resolved, they will do everything possible to safeguard the child. The principal has even offered to keep the boy with her for the half hour between the students’ and teachers’ dismissal – the mother is at work – and to accompany him on the way home to avoid the gang of youths in Valencia.

“I’m grateful for the gesture, but that’s not the point,” says the parent. She knows that it is a new victimisation for her son, who is the one who has been left out of the teaching activity for the time being and who will have to look for another centre to distance himself from the aggressors. Even so, she believes that the most effective way would be to transfer to another school. “I don’t care if it’s public or private, what I don’t want is for it to be one of the innermost ones,” she says towards Orriols.

The incident began on Monday November 29, at break time. The other student from the same secondary school, who is repeating first year of ESO, “approached him and asked him if he was dating a girl he likes. My son replied that no, that they are just friends, and the other replied that this was a lie and that he was going to find out. That he was going to call some friends and they were going to beat him up on the way out.”

The boy said nothing to the teacher. “I asked him why he hadn’t asked for help at the time, and he replied that he didn’t think he was serious.” But he was.

As soon as he stepped through the secondary school gates, the middle school student and the four others, who are from a nearby neighbourhood, surrounded him, grabbed him by the arm and forcibly took him away. The boy did not even try to resist “because he recognized one of them, who everyone knows always carries a knife”. They took him to the park in front of his secondary school and there they surrounded him and kicked and punched him all over his body, including his head. A man who saw the scene shouted at the gang of youths in Valencia, who ran away.

Afterwards, two female classmates from the secondary school who saw what happened, picked him up and took him by an alternative route to their home. However, when he was crossing an open field, he saw two of the assailants, who had followed him, so he ran away to avoid being caught, being chased on the run by the other two.

The minor managed to enter a bar, where, frightened and on the verge of tears, he asked for help. The owner of the establishment invited him to sit down at one of the tables and to calm down, and called the police and the child’s mother, who immediately came and took care of him.

The boy was taken to a hospital, where doctors diagnosed a cracked eardrum in his right ear. After spending the whole night in hospital, he was discharged on Wednesday December 1. “If in 15 days the fissure has not closed, the doctors are considering an operation. Let’s hope we don’t have to go there,” the mother ventures.