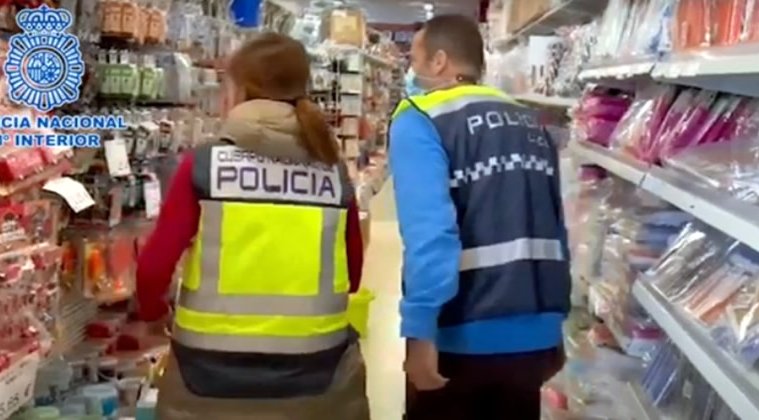 A joint operation between the National Police and the Local Investigation and Protection Group (GIP), has resulted in the seizure of more than 53,000 counterfeit items that are potentially dangerous to the health and safety of children.

These fake goods were discovered in eight warehouses on the Guadalhorce industrial estate in Malaga, as well as in two other shops in the capital.

According to sources from the provincial police station, this is a record amount for Malaga province. Until now, the largest haul of counterfeit merchandise had been some 20,000 products of this type.

‘Operation Toy’ also saw the collaboration of the Consumption Inspection of the Malaga. It ended with the arrest of three men, aged 41, 50 and 53, respectively, who were in charge of the businesses in which records were made.

They have reportedly been charged with the alleged commission of a crime against industrial property, and another against consumer rights. “In an official distributor, customers expect to find products that comply with European safety regulations, and, when they are mixed, it is considered that there may be an intention to mislead the consumer”, explained a police source.

The toys that have been seized – and that had not yet been distributed in retail stores – could be deemed to pose a risk to children. This is not only because of the danger implied by the size of pieces, or products that expand when they come into contact with liquids, but, in addition, the articles lacked any proper labelling.

During the operation, a dozen establishments were inspected – eight of which were wholesale industrial warehouses in Guadalhorce – most of them run by Chinese citizens. Two other premises located in Malaga capital were also searched.

The operation was activated after the police became aware of how in these warehouses -which were open to the public – counterfeit effects were sold that allegedly violated the industrial property rights of various prestigious brands.

The counterfeit articles were sealed in the establishments at the disposal of the judicial authority. Samples of each one of the seized lots were sent to the Forensic Police. The pyrotechnic effects were put into safe storage, as reported by malagahoy.es.