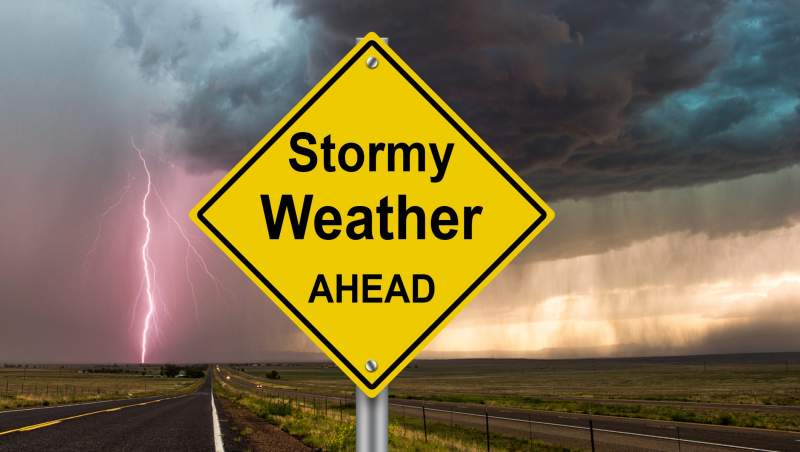 AEMET, the State Meteorological Agency has predicted an almost radical change for the Valencian Community from this Sunday, December 5. It has activated three warnings for snow, gusts of wind, and coastal phenomena. There will also be rain, although it will not be long-lasting.

Sunday 5 will start with low clouds in interior areas. Rainfall is expected in the interior in the afternoon, but it is more likely in the province of Castellon, where snow will fall between 900 and 1000 metres.

A yellow warning is activated for snowfall in the northern interior of Castellon, with possibly as much as two centimetres accumulating, but more significant from an altitude of 1100 metres.

Another yellow alert is activated for very strong gusts of wind throughout Castellon. Throughout the entire interior of the province of Valencia, they could reach 80 km/h. This will probably affect the Valencian coastline as well, except for the south of Alicante, due to coastal phenomena.

Coastal areas will experience stronger winds, while the northern and interior third of the province of Valencia will experience strong, or very strong gusts. In the entire province of Castellon, the yellow warning will be activated again, between midnight and 3pm. This will be due to gusts of wind that could be around 80 km/h  The yellow warning for coastal phenomena is repeated throughout the Valencian coast, except in the south of Alicante.

Tuesday 7 will be marked by cloudy intervals that are more abundant in the northern third. Temperatures should increase, showing a more pronounced rise of the maximum, which will be about 20 degrees on the coast. Strong winds will again blow in the coastal areas, and in the interior of the province of Valencia.

AEMET has not finalised any exact forecast for Wednesday 8, but has already predicted that rainfall may occur in the extreme north of the region. A notable increase in cloudiness will be noticed in the rest of the territory. Temperatures should remain unchanged from Tuesday 7, as reported by lasprovincias.es.