Wanted Spanish fugitive arrested while squatting in a Valencian villa 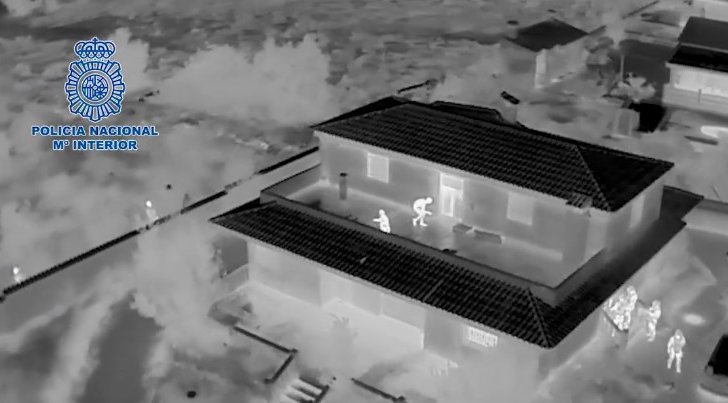 Wanted Spanish fugitive arrested while squatting in a Valencian villa

The National Police have reported the arrest of Alejandro AD, a 33-year-old wanted fugitive. He had been hiding out for two years as a squatter, living with his family, in a villa in the Valencian municipality of Betera, next to the urbanisation of Montesano.

This detainee had eight arrest warrants out in his name, six of them for admission to prison, issued by different courts in Valencia and Teruel.

An investigation had been launched at the start of November 2020, when officers from the Drugs and Organised Crime Unit (Udyco) of the Valencia Police Headquarters learned of a location where a wanted criminal was believed to be hiding out.

According to legal sources, both the National Police and the Guardia Civil had dealings with the detainee previously. He had been responsible for several robberies with force and intimidation, plus a crime against traffic safety for fleeing.

After locating the villa where he was presumably hiding, a group of plainclothes officers established a surveillance operation to confirm their suspicions. It was quickly established that ‘El Oregas’ was residing there with his wife and three children. This was even with his wife having a restraining order in place against him for alleged abuse.

After also verifying that the man did not leave the house at any time in order to remain hidden, the investigators requested a warrant to enter the court, which culminated in the early hours of November 25 with an operation to assault the chalet and arrest of the fugitive.

An arrest operation was initiated, with the support of officers from the Special Operational Security Group (GOES). To prevent his escape – due to the isolated location of the villa – a drone of the Air Resources Service of the Valencia National Police was also drafted in.

The wanted man attempted to escape by jumping off a terrace, but gave up when he saw the amount of policemen surrounding the property. Shortly afterward, GOES agents arrested ‘El Orejas’, who offered no resistance. The detainee entered prison after being placed at the disposal of the Lliria guard court, as reported by lasprovincias.es.