Tarragona: Woman does the unthinkable to hide secret from father 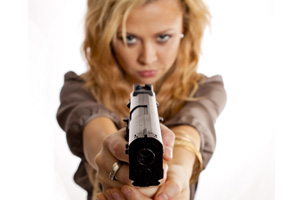 Tarragona: Woman does the unthinkable to hide secret from father. The 21-year-old secretly gave birth to a baby then murdered it all to avoid her father’s wrath. After months of investigations, the crime has finally come to trial.

The Mossos d’Esquadra spent months investigating one of the most shocking crimes in Tarragona and it has finally come to trial. The Public Prosecutor’s Office has asked for a permanent revisable prison sentence for two residents, a 43-year-old mother and her 21-year-old daughter, for allegedly murdering a newborn baby that the 21-year old gave birth to in early 2020. However, the arrest was not made until April 2021 and the victim’s body was not be found.

According to the prosecutor’s brief, to which Efe had access, the then 20-year-old woman became pregnant on a trip to Morocco in the summer of 2019 and did not want her father, a truck driver by profession, to know about it because they had many problems at home. As she also wanted to continue her studies at the municipal centre for adults, on 13 November 2019 she went to the CAP in the Torreforta neighbourhood of Tarragona to get a prescription for an abortion pill, but she had already passed the nine-week gestation period.

She was then referred for an abortion to a clinic in Tarragona, where she went on December 3, but it was not possible because she had already passed 14 weeks of gestation and she was referred back to the outpatient clinic, she was offered the option of an abortion in a specialised clinic in Barcelona or they monitored the pregnancy if she decided not to terminate it.

However, on December 10, the girl returned to the clinic in Tarragona and asked for an abortion there because she couldn’t go to Barcelona due to family problems. The centre referred her again to the CAP of Torreforta and also provided her with a report to ask for help from the social services, but the young woman was very afraid that her father would find out and asked her mother for help.

The prosecution notes that the woman does the unthinkable and she and her mother allegedly agreed to end the baby’s life when it was born, as they did between March when she left school, and April 2020, locking it in a cupboard. The next day, the victim’s mother and grandmother of the newborn threw the body in a rubbish bin. The Mossos began to investigate when in October last year the woman resumed her studies and told her classmates what had happened, and in April, they arrested her and her mother. They will now be tried at the Tarragona Court of Appeal for the crime of murder of a minor under the age of 16 with the aggravating factors of aggravated assault and kinship.