Why is Estonia a Startup Paradise 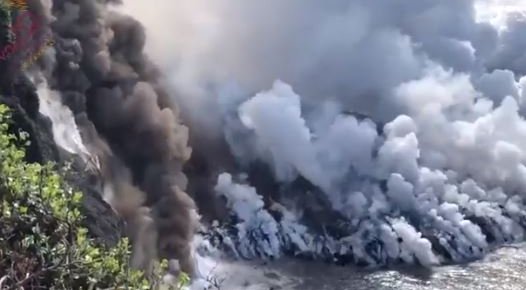 Estonia is not just any country that does some things well. Estonia is “the place to be right now”. Some people may find it hard to imagine what Estonia has already achieved and what is still to come in the coming months and years.

At the same time, Estonians sometimes seem as if they don’t know what special things are happening in their country. Marketing for Estonia is mostly done by others: Those who have opted for Estonian company formation, visited the multiple showrooms, startups and accelerators, and talked to entrepreneurs and politicians.

The Sheer Amount of Opportunities

It is no coincidence that Estonia has one of the highest startup rates per capita in Europe. The average number of startups in Europe is five per 100,000 inhabitants. The number in Estonia is six times higher than this European average, putting Estonia in third place in Europe with about 450 startups currently.

Estonia has created a climate for startups that probably exists only once in a lifetime – thanks to the astonishing potential. Estonia is currently, like hardly any other country, one of the birthplaces of unicorn startups. In other words, startups that are not listed on the stock exchange and whose valuation exceeds one billion dollars.

At the moment there are four of them: Skype, Playtech, TransferWise and Taxify. However, more will soon follow; one very promising candidate, for example, is the delivery robotics startup Starship Technologies.

What makes Estonia different with Startups?

According to the 2017 Global Startup Ecosystem Report, “Estonia’s mix of smart infrastructure, cross-border visa programs, and startup solidarity guarantees more groundbreaking technologies, as Estonia did with Skype and is now doing with Transferwise.”

Here are some examples of why entrepreneurs should take a closer look at Estonia:

Estonians are encouraged to become techies. Kids in elementary school have computer classes, programming classes, and select high schools even teach how to build blockchain apps.

Students have classes at startup centers, such as Spark Technology Park in Tartu. Since 1999, all Estonian schools have been connected to the Internet and digital class books are used almost everywhere. Universities also involve even the youngest students.

At MEKTORY (Modern Estonian Knowledge Transfer Organization foR You) at Tallinn University of Technology, there is a Lego-sponsored lab where Lego serious play/robotics is played. Not by managers, but by four to seven-year-old children.

The Technical University has also worked with students to develop its own satellite, which will be launched into Earth orbit in January 2019. According to the OECD’s most recent PISA study, Estonian children are ranked first in Europe and third in the world.

The Estonian Startup Visa is aimed at founders from non-EU countries who want to work locally in Estonia. Under the Startup Visa program, a startup is defined as: a company with the goal of developing and launching an innovative and replicable business model with great global growth potential, which also contributes significantly to the development of the business environment in Estonia.

The granting of a visa is decided by a commission on a case-by-case basis. At the moment, a program for Digital Nomads is also under development. This opens Estonia to the greatest foreign talent in the world and creates an infrastructure of highly skilled and technically talented employees for startups.

Estonia has one of the most liberal tax systems in the world and does not have a corporate income tax. The International Tax Competitiveness Index named the flat tax system: The most competitive tax system in modern society.

One of the main drivers of this is the low corporate income tax rate of 20% with no double taxation of dividend income. Estonia only taxes profits that are distributed to shareholders.

If the profit is not distributed, it can be invested tax-free. Sales made abroad are not taxable in Estonia, but in a foreign country. Estonia therefore uses a simplified tax system and is not a traditional tax haven.

Depreciation becomes fully relevant in the same year and does not have to be written off/spent over years. Tax returns can be filed online within minutes. This tax system massively fuels investment in one’s business idea and startups.

Last but not least, the startup ecosystem works closely with the government, universities, incubators, showrooms, and businesses. It is important to know that the startup ecosystem is based on the so-called “Estonian Mafia”, which mainly consists of the Skype founders who invested their money from the Skype exit in other startups and founded many other startups themselves.

Quite a few important startups have given the community an incredible amount of support, especially newer and lesser successful businesses, hubs, and events. For example, there are two major startup conferences: Latitude59 in Tallinn focuses on investor/startup relations. The sTartuP-Day in Tartu is aimed at techies who can keep up with the really big startup conferences.

So, what are the negative aspects about Estonia? Well, some could say that taking your shoes off when entering a house is annoying. Others would say the lack of bicycles in big cities such as Tallinn. Other than that, the country is THE place for any startup that might be out there.