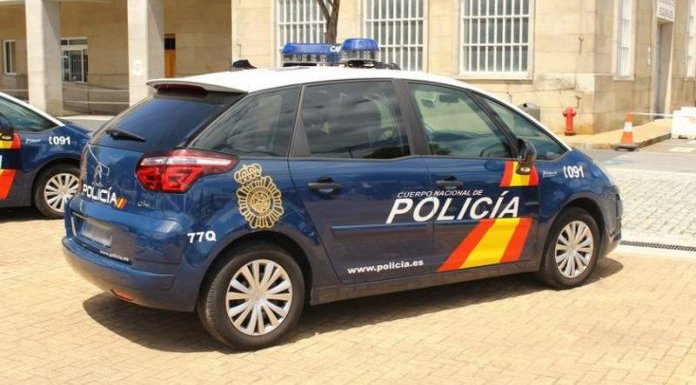 Malaga delivery man arrested for theft of around €18,000 worth of packages. Credit: Policia Nacional

National Police officers reportedly detained a 44-year-old man in Fuengirola on December 7. He was arrested over his alleged involvement in a crime of injuries against his father. A man had been found by the police lying in the street with head injuries, and losing a lot of blood. Medical assistance was immediately called for and he subsequently underwent reconstructive surgery on the bones of the face.
The incident occurred around midnight on the 7th, when the 091 emergency number received a call informing the operator about a fight between two men. A uniformed patrol was deployed to the location on Calle Juan Breva, in the centre of Fuengirola.
On arrival, they found a septuagenarian on the pavement with various head injuries. An ambulance was mobilised and medics treated the man there in the street, before transferring him to a hospital.
Several witnesses who were interviewed by the police stated that a son of the injured man had appeared at the victim’s home, allegedly in a very aggressive state. A heated discussion had then broken out, apparently due to disagreements in the inheritance of a property.
Once inside the house, the old man received several blows from his son, knocking him to the floor, and hitting him on the head. He only stopped due to the intervention of a relative of the victim’s partner, who managed to convince him to leave.
Health service professionals who assisted the septuagenarian confirmed that he had injuries to the cheekbones, jaw, and skull. He was transferred to a hospital in the province where he underwent surgery for his injuries.
During the course of the police action, the alleged aggressor reportedly returned to the scene of the events. This time he tried to convince the officers that he was the real victim. Finally, the man was arrested as allegedly responsible for a crime of injuries, and placed at the disposal of the judicial authority, as reported by laopiniondemalaga.es.