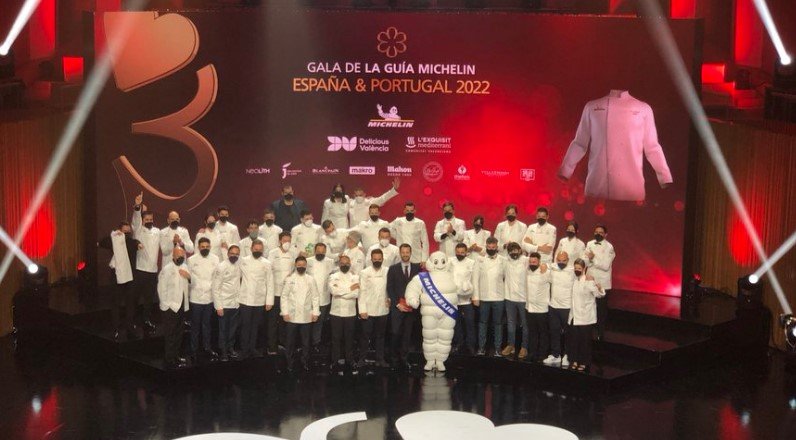 The prestigious Michelin Guide Spain and Portugal 2022, held its annual presentation gala on Tuesday, December 14. This year it was at the stunning Palau de les Arts Reina de Sofia, in Valencia. For the second year running, there were no new tri-stars awarded.

A huge surprise was the awarding of not the customary one, but two, Michelin stars, to renowned Malaga businessman and chef Dani Garcia, for his new Smoked Room, in Madrid. His restaurant only opened its doors in June!

Garcia’s Smoked Room is a small space is dedicated to the grill, where diners submit to the designs of the young Massimiliano Delle Vedove, in an ‘omakase’ menu. This award comes one year after receiving the third Michelin star in the restaurant that bore his name in Marbella, on the Costa del Sol. The young entrepreneur subsequently closed the restaurant to dedicate himself to a wider audience, and in multiple countries.

In the province of Malaga, the list of stars has been increased thanks to two restaurants, again in the city of Marbella. Mario Cachinero, the 23-year-old chef at the Skina restaurant was awarded the prize for the best young chef. Also in Marbella, a new star went to Marcos Granda with his Japanese restaurant, Nintai.

This latest addition of Michelin stars increases the total in Malaga province. Benito Olmo already has two stars for his Bardal restaurant in the town of Ronda, while El Lago, and Messina, both also in Marbella, remain on one star each.

The other two are, El Sollo, the restaurant of Diego Gallegos, in El Higueron, Fuengirola, and Jose Carlos Garcia, located in Muello Uno, in Malaga capital.

In total, the Michelin Guide Spain and Portugal 2020 includes 1,362 restaurants in Spain, Portugal, and the Principality of Andorra. It includes 11 tri-star restaurants, 40 with two stars, 211 with one, 29 with the green star, and 284 Bib Gourmand. In addition, there are another 816 establishments recommended for the quality of its cuisine, as reported by laopiniondemalaga.es.