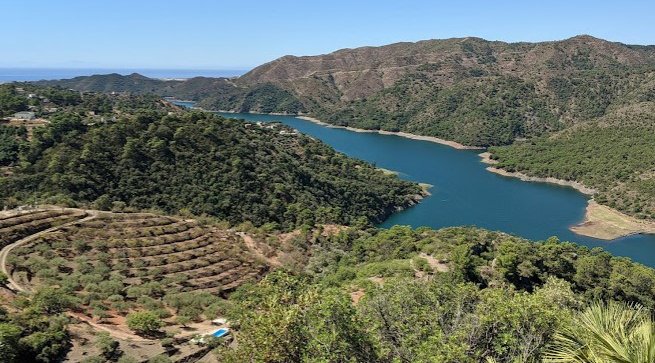 Andalucia still suffering a drought despite the rainfall. image: google

A man has been found guilty of murdering one of the UK’s richest men, Sir Richard Sutton, in an attack that also left his own mother paralysed. Thomas Schreiber was “consumed with hatred” when he committed the attack at Sir Sutton’s mansion in Dorset on 7 April this year.

Thomas Schreiber’s mother Anne was the partner of Sir Sutton, a hotelier, who was one of Britain’s richest men with an estimated fortune of £301million and was also meant to die in her son’s frenzied attack. The court heard Schreiber felt “humiliated” by his mother and had described her as “gold-digging”. While there had been no question that it was Schreiber that had committed the crimes, he had denied the murder charge and admitted manslaughter only.

The 35-year-old also pleaded guilty to driving a Range Rover dangerously on the A303, A4 and M3 after the fatal attack, as reported by ITV News. His trial lasted three weeks and was held at Winchester Crown Court. Today, 17 December, the jury returned their guilty verdicts on all charges.

Sir Richard Sutton died at the scene of the attack after suffering three deep stab wounds to his face and five to his chest, one of which punctured his heart. Ms Schreiber was found in a barely conscious state with her spinal cord partially severed and she is now paralysed.

The jury heard Schreiber had previously suffered from depression and lockdown left him feeling like he was stranded in a “pressure cooker” at home.

In March 2021, he wrote to a friend: “I’m so sad to report that my mind is consumed with hatred of the very worst kind towards my family.”

The jury found Schreiber guilty on both counts after four hours and 51 minutes. He is due to be sentenced on Monday (December 20).

Following the conviction, the family of Sir Richard Sutton said in a statement: “How could any family recover from such a sudden and devastating loss.

“We can never bring back Sir Richard but his spirit will very much live on, alongside the very happy memories we have of our incredible father, brother and grandfather. His values of being warm, generous and compassionate to everyone he met will be carried forward by future generations, and will never be extinguished.”