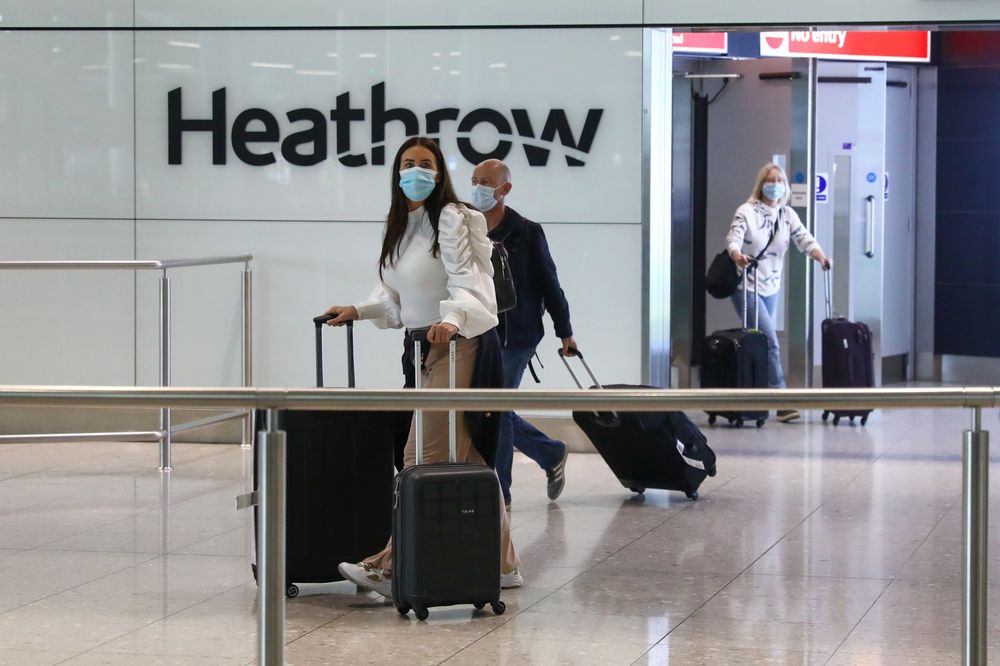 Istanbul Airport has already outpaced Heathrow by passenger numbers, welcoming around 23.4 million people last year, and is likely to become Europe's number one airport for 2020. Heathrow is also set to fall behind Paris Charles de Gaulle. France’s main airport served some 21.1 million passengers in the January-November period, one million less than Heathrow had for the whole year. Global air hubs saw annual passenger numbers plummet between 70 and 80 percent for the pandemic year, but some hubs logged smaller declines, allowing them to rise in the rankings. For example, the largest Russian airport in terms of passenger and cargo traffic, Sheremetyevo International Airport, climbed three spots in the list of busiest European air hubs and now sits in fifth place. Sheremetyevo served 19.8 million passengers last year. image: HT press media

As Germany rushes to innoculate more people with booster shots to quell the tide of Omicron cases through the country, a top minister has been forced to admit that they are running out of jabs. Health Minister Karl Lauterbach has warned there will be a serious German vaccine shortage in the first part of 2022 and it will affect the rollout the country was banking on.

Mr Lauterbach was speaking to broadcasting channel ZDF when he noted that the European Union’s health secretary, Tino Sorge, said in an internal paper there would be more than 10 million doses of BioNTech and 40 million doses of Moderna vaccine available. He then added: “I wish the numbers presented by the Union were correct.

“In the next week, we can deliver 1.2 million doses of BioNTech for all of Germany, the following week 800,00 doses and then another 1.2 million doses. More is simply not there. We are already using reserves, we are emptying everything.”

Mr Lauterback has admitted he is also trying to buy back vaccines that Germany has delivered to other countries. He told ZDF: “I am now trying as an emergency to buy back vaccines from Eastern European countries. I am simply doing everything I can for the vaccination campaign that we are currently running, which is really good, to be able to carry on without interruptions.”

The Express reports that to stop the German vaccine shortage, the government are looking to buy more than 90 million doses of BioNTech vaccine at a cost of €2.2billion. The rush for doses follows leaked reports that the health minister has informed regional leaders that the country will run out of jabs in January.

According to the reports, Mr Lauterback said in a video conference: “The situation is extremely difficult. We face a serious shortage of vaccines in the coming year. Far too little vaccine was ordered for the first quarter. The quantities are not enough to run a booster campaign. The reports also allege that Mr Lauterback let an option to order more BioNTech vaccines slip by in the early Autumn, further adding to the German vaccine shortage just as the country brings in restrictions for the unvaccinated.