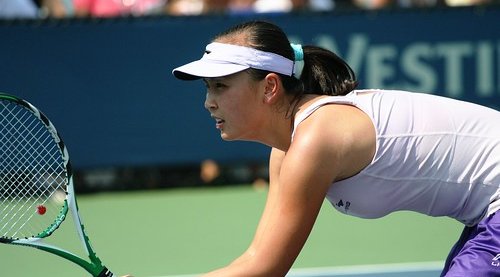 The Chinese tennis star at the centre of a worldwide scandal has retracted the sexual assault claim that started off the entire saga. Peng Shuai has denied that she accused a former senior official of having sexually assaulted her, but the Women’s Tennis Association still believes the star is not acting under her own steam.

“I wanted to make this very clear: I have never claimed, or written about anyone having sexually assaulted me,” Peng said. “With regards to Weibo, it’s about my personal privacy … There’s been a lot of misunderstanding … There [should be] no distorted interpretation.”

This new statement apparently contradicts the note that appeared on the social media site Weibo on 2 November. The note stated that the former vice-premier of China, Zhang Gaoli, had coerced Peng into sex after a visit to his house. The essay was taken down less than half an hour after it was published, and Peng disappeared from public view for two weeks, which led to a global press storm.

In the clip, Peng Shuai is seen talking to two other people, while being the only one of the three not wearing a face mask. “A friend sent me this video showing Chinese tennis star player Peng Shuai talked [sic] with Yao Ming, one of the most beloved players in @NBA history, this morning at an event ‘FIS Cross-Country Skiing China City Tour’ in Shanghai,” Chen wrote.

Peng’s original post and disappearance caused international concern, with other tennis stars demanding to know her whereabouts. There was also a wave of criticism towards China culminating in the WTA suspending all future events in the country. Rights organisations seized on the opportunity to call for a boycott of the Beijing Winter Olympics.

As the Winter Olympics grow closer and the WTA’s CEO, Steve Simon, still having “a hard time believing” Peng Shuai is acting of her own volition, the issue is far from resolved. China’s human rights record is being called into question once more and people are looking for answers. Chinese diplomats have condemned unnamed people of “malicious hyping” of the Peng saga.