A miracle as tornado spares babies in bath 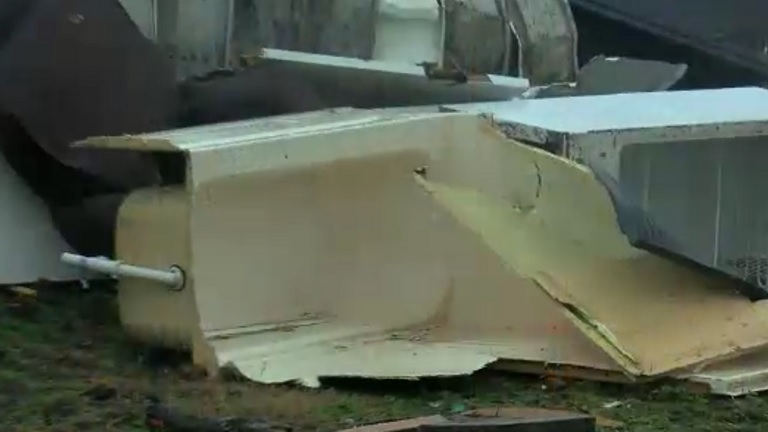 Last week saw a number of devastating tornadoes sweep across the states killing at least 90 people, but amazingly one tornado spares babies in bath. Put there by their grandmother to shelter them, the bath was whisked away by the tornado only to be found later on in the bottom of the garden.

The two boys, 15-month-old Kaden and three-month-old Dallas, were tucked in the bath by their grandmother and covered with a blanket and pillow as the house began to shake from the nearing tornado.

She said the “next thing I knew, the tub had lifted and it was out of my hands, I couldn’t hold on…” In the process Ms Lutz was hit on the head as the bath was ripped from the floor, along with most of the house.

Managing to hold on until the tornado had moved on, she desperately went in search of the two boys. The local sheriff’s office came to her aid and helped her look for the two boys, who they eventually found amongst the rubble in the upturned bath.

In what can only be described as a miracle escape, the two boys were found dry and safe. Both suffered minor injuries and were taken to hospital as a precaution, but neither is believed to have suffered any serious injury.

Ms Lutz’s home on the other hand has been completely destroyed by the tornado which lifted it off its foundations.

Tornadoes are killers often whisking animals and people away to their death, so it’s all the more amazing that the tornado spares babies in bath.