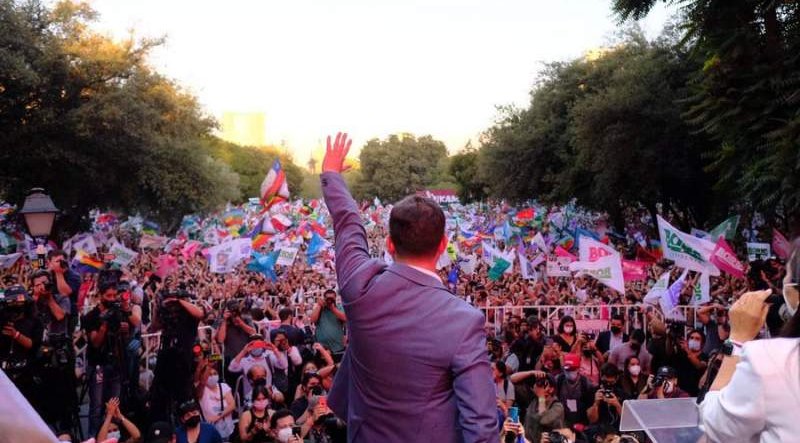 Chile has welcomed left-wing Gabriel Boric as its youngest president ever after he obtained 55.87% of the votes in the recent elections.

Any outcome could have been possible in the recent presidential elections, in which more than eight million Chileans voted to decide between two radically opposed candidates, the left-wing Gabriel Boric, from the Social Convergence Party, and the conservative lawyer José Antonio Kast, from the Republican Party. The voter turnout was one of the highest the country has ever seen.

Finally, Boric obtained 55.87% of the votes to beat the right-wing Kast, who obtained 44.13%. Gabriel Boric will replace Sebastián Piñera as the president of Chile next March. Piñera addressed the public after the result was determined and asked the new government to protect “freedom, democracy, peace and coexistence among all Chileans”.

José Antonio Kast congratulated his rival for the victory. On his Twitter account, he posted that Boric “from today on is the president-elect of Chile and he deserves all our respect and constructive collaboration. Chile is always first.” Kast has also offered the new president all his support, insisting that the country comes before political ideology.

At 35 years old, the minimum age at which someone may become president, Boric has become the youngest president ever in the history of Chile. He defines himself as a feminist, ecologist and regionalist, and has emphasised the importance of social justice and economic responsibility throughout the campaigns.

Boric will be the most left-wing president since Salvador Allende. The left is progressively gaining power in Latin America. There are many examples, such as the victory of Pedro Castillo in Peru and the “fake” elections in Nicaragua perpetuating the regime of Daniel Ortega.

The next country which could turn towards the left is Colombia, where elections are to take place next May and there is increasing support for Gustavo Petro, a former guerrilla and the leader of the Colombia Humana party.