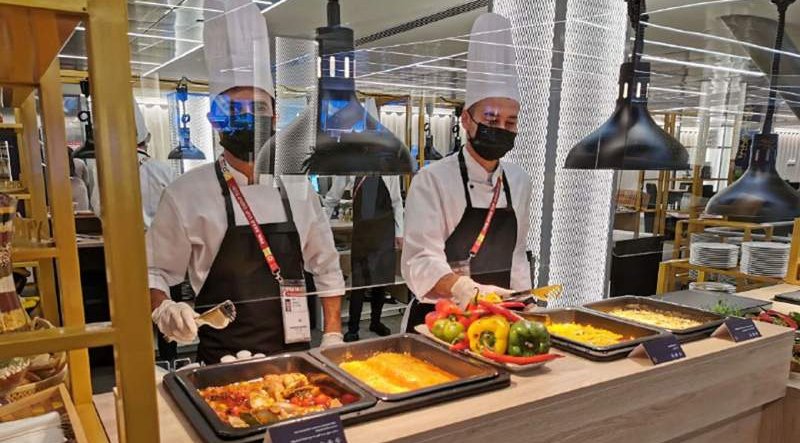 Maison Dellos, founded by Andrei Dellos, is renowned for their restaurants in Moscow Café Pushkin, Turandot and Matryoshka. In 2019 they expanded into Qatar, opening their first Café Pushkin outlet in Doha.

The contract to provide catering at the world cup to be held in November and December 2022, will see the two companies providing catering in both public and private areas. Included in the contract is the catering for VIP sectors, boxes and lounges at three of the eight stadiums, including the largest, Lusail, where the opening and the final matches will be held.

Designed by Foster & Partners, the 80,000 seater stadium is nearing completion and should be open in time for the tournament.

According to Maison Dellos they have yet to agree the menu for the different areas of the stadium but that the food would be of a high quality and would include almost “everything except sausages and beer.” It is understood that the food on offer will be based loosely around that provided by Café Pushkin.

Maison Dellos is not new to football with the company providing the catering services at a number of stadiums in Russia, including the VEB-Arena in Moscow where the top football club CSKA plays. The company also has experience with large scale events having catered at the Winter Olympics-2014 in Sochi and at the FIFA World Cup-2018 in Moscow.

For some British fans the news that the Russian Cafe is to serve football fans in Qatar will not go down well, with traditional football fare unlikely to be on the menu.